Sense of Entitlement: “Beautiful” Sperm and Eggs for Sale 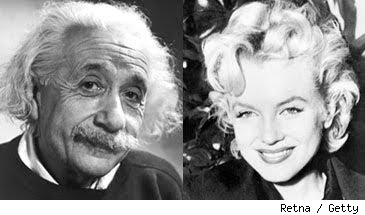 This bit of Entiltement News is not a new phenomenon, but illustrates the eugenics core that lies at the heart of facilitated reproduction. A sperm/egg bank has opened offering gametes of beautiful people for sale. From the story

The Beautiful Baby service – which is also available to non-members – was created for people who want to maximize their chances of having good looking children. Managing director Greg Hodge said: “BeautifulPeople.com has launched a fertility introduction service to help members and non-members alike procreate. There are no financial benefits for us in doing so – we are simply responding to a demand for attractive donors. Every parent would like their child to be blessed with many fine attributes, attractiveness being one of the most sought after. For a site with members who resemble Brad Pitt, George Clooney and Angelina Jolie you can imagine the demand.”

Shallowness R us. And it ignores the truth that standards of beauty change over time. In my youth, Marilyn Monroe was the epitome of beauty. Today, her voluptuous curves would send her to Jenny Craig!

I once heard a nasty but relevant joke: Marilyn Monroe meets Albert Einstein. “Imagine Albert,” she said in her patented breathless voice. “What a perfect human being we could create if we had a baby that had my looks and your brains!” Eintein chuckled, “But my dear Marilyn,” he said. “The baby could just as easily have my looks and your brains.” (Yes, I know: MM was not really stupid. She lived in a time in which her acting ambitions were thwarted and she was used as a thing by men with power.)

Bottom line: We no longer just feel entitled to a baby, but to the baby we want. This is not healthy for a loving society, for it tends to make our love for children conditional.

A Second Chance for Chloe