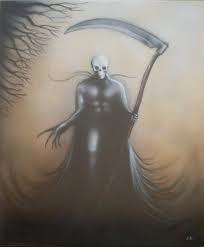 The current medical resource crisis has placed people in extremis in the cross hairs of rationing or abandonment. We spend too much on end-of-life care, we are told. Often we pour money into treatment and the patient dies anyway, “wasting” the resources. Why pour good money into patients who can’t give back to society?

A weird column in the NYT, by Dr. Peter B. Bach, debunks much of this thinking, but ultimately has an ulterior motive. First, he recounts a case early in his career in which a supervisor thought the case was hopeless, but the patient’s life was saved. He then makes an important point. From “When Care Is Worth It, Even If End is Death:

We had saved his life. No one would call what happened over those weeks a waste of health care dollars. But if we change the ending of his story, if my patient had died despite our efforts, many policy analysts would have called it just that.

You’ve probably heard that we spend a lot of money on patients who die. It’s true: about one-tenth of the money spent on direct care goes to people who die each year. Among Medicare patients, the figure is much higher, about one-quarter. You may be shocked by those statistics. What health care system would squander so many dollars on patients who don’t benefit? Or maybe you’re saddened. No humane system would subject patients to painful interventions and procedures that serve no purpose

There’s the problem right there. Extending life is a core purpose of medicine, if that is what the patient wants. If we say it is wrong to so do because sometimes the patient dies anyway, we have changed the purpose and nature of medicine forever.

That point (which was mine) aside, Bach calls such thinking erroneous because we often don’t know which patient will be the one walking out of the hospital hundreds of thousands later, and which will end up in the morgue. But having made a great case, Bach drives into the collectivist ditch by asserting that we should turn control over these delicate matters to faceless bureaucrats:

Today the medical profession lacks a shared understanding of which patients are which. That gap must be addressed. It will be an excruciating task, and it will be politically noxious. Someone will again accuse officials of forming death panels. But leaving the distinctions to individual doctors leads to inequities, harm to patients, distrust in medical care and lawsuits; ignoring the problem should not be an option, either.

He doesn’t really explain why we can’t leave it to patients and doctors at the bedside. He just makes the bald assertion.

And now we see why his column was published in the pro-rationing New York Times, which often uses its op/ed page to reinforce its editorial positions. It pretends to be about making the important point that doctors often don’t know which patient will live and which will die, which, of course, is true. But neither will faceless bureaucrats. Thus, the real purpose of the column was contained in the last quote I highlighted, e.g., to push centralized bureaucratic control of life and death decisions at the bedside.

Bottom line: Each case and patient is, at least to some extent, unique. The last thing we should want is a paint-by-the-number rote life-sustaining medical decision making. By all means, gather the evidence and help educate doctors about statistical outcomes. But statistics and “evidence based” data should be informative, not determinative. Surely, the best place to make the call is up close and personal by family, patient, and medical team, not from a cublicle thousands of miles away.

CBC Mentioned in Scottish Paper Over the Wilmut Kerfuffle