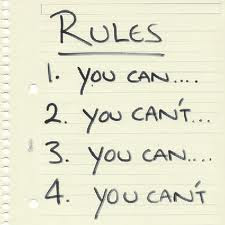 I oppose off-label prescribing. I oppose states legalizing medical marijuana when it should be done by changing the Controlled Substances Act. I oppose novel interventions upon the disabled, such as “Ashley’s Treatment,” without proper regulatory studies and approval. I would certainly oppose a state allowing embryonic stem cell researchers to circumvent the FDA approval processes. And the same should be true for adult stem cell research.

But Texas is apparently on the verge of permitting doctors to use non-approved approaches to adult stem cell therapies, which would basically circumvent the Common Rule for human subject studies — and charge patients for the privilege. From the Houston Chronicle story:

Texas’ proposed adult stem-cell regulations, up for approval this week, are under fire for circumventing the Food and Drug Administration and making the experimental therapy commercially available before it’s been proven safe and effective. The criticism of the Texas Medical Board draft policy, developed in the aftermath of Gov. Rick Perry receiving stem-cell treatment for his back problems, is coming from a host of pre-eminent scientists and institutions, including the influential scientific journal Nature and the International Society for Stem Cell Research . . .

The policy, thought to be the first of its kind, would allow Texas doctors to provide the unlicensed therapy as long as they have approval from a review panel that assesses the cells’ use for patient safety, as is customary in clinical trials. But unlike most clinical trials, in which experimental therapy is provided free, the policy would allow Texas doctors to charge for it, typically tens of thousands of dollars.

If the FDA is dragging their feet in approving adult therapies, we should light a match. But states should not seek to circumvent crucial ethical rules that exist for the protection of human research subjects. That road leads to biotech anarchy. It could be dangerous. But beyond that, it just isn’t right.

If I Could Save Time in a Bottle

The Germans Get It