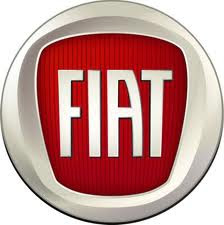 If New Mexico wants to legalize assisted suicide, it is free to so do. But it hasn’t, and so a lawsuit will be filed to impose it by judicial fiat, a tactical move that has failed previously in Connecticut, Florida, Alaska, and California, in front of the US Supreme Court, and muddied the waters in Montana. From the Albuquerque Journal story:

A pair of New Mexico physicians plan to file a lawsuit this week seeking legal protection for doctors who help terminally ill patients die, attorneys said Monday. The lawsuit is intended to protect physicians who prescribe medication to patients who intend to use it to hasten their own deaths, said Kathryn Tucker, legal director for the nonprofit Compassion and Choices.

The lawsuit will ask a judge to clarify a decades-old New Mexico law that makes it a felony to assist a suicide, Tucker said. The lawsuit will be filed Thursday in Second Judicial District Court on behalf of two physicians and possibly some patients, Tucker said. She declined to identify the plaintiffs or defendants named in the lawsuit. Compassion and Choices is a Denver-based nonprofit group that advocates for better end-of-life care.

My how the media play along. C & C is the successor to the Hemlock Society. It advocates for assisted suicide. The rest is primarily window dressing.

This lawsuit, as in the failed Connecticut case, seems to be about changing the law by redefinition — e.g., pretending that terminally ill people can’t commit suicide and that helping them do so is really merely “aid in dying.” Pure sophistry, of course. Besides, I am not sure what makes a doctor so morally superior that he or she should be able to help someone commit suicide when I can’t do the same. I mean, using a prescription pad to authorize an overdose doesn’t take any special training. I could do that too, or help someone put a shotgun in their mouth and put their finger on the trigger. But none of us should be allowed to engage in a joint enterprise to make someone dead. Suicide isn’t a medical procedure and an intentional overdose isn’t “medication,” it is poison.

Let’s Call it What it Is