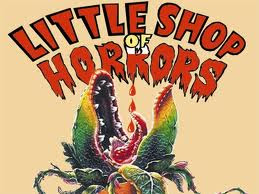 Euthanasia is not just a lethal act, but a deadly ideological appetite — one that is never satiated. Once killing is unleashed as a solution to suffering, activists will always want more. Always. As I have written before, they remind me of the man killing plant in Little Shop of Horrors, growing ever larger and constantly yelling, “Feed me!”

Latest of so many cases in point: Belgian activists have a petition out to open euthanasia to minors and to force all doctors to be complicit in killing by creating a duty to refer to a death doctor if they are not willing to personally euthanize. Here is the Google translation of the petition, linked here in, I think, Flemish:

The Right to Euthanasia: Time for the Next Step. Euthanasia possible, even for those not aware, and who is a minor:

Through this petition we want the federal government, federal parliament seats and all democratic parties insist that the euthanasia during the next legislature will be expanded and refined. We ask the following enhancements:

Furthermore, we urge the law to expand:

“The next step,” that is the key. Note, it isn’t the “final” step. That’s because there never is a final step.