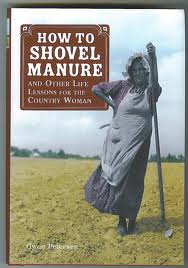 Thanks to the spread of suicide tourism, the UK is going through another in a series of pushes to legalize assisted suicide. As with the last time, when a bill was introduced in the House of Lords, a commission is studying the issue. And advocates are pretending that their goal is what it clearly is not.

In the current British Medical Journal, a deputy shovels the manure with the very first paragraph! From “One and a Half Truths About Assisted Dying,” by Tony Delamothe (link to Abstract only):

But the activism in the UK about legalizing — and or, not prosecuting — assisted suicide has explicitly not been limited to the terminally ill. MSP MacDonald’s just defeated bill in the Scottish Parliament, for example, is referenced by Delamothe. Yet, it specifically would have permitted assisted suicide for people with non terminal disabilities. From a 2009 story (my emphasis):

Ms MacDonald has narrowed her proposals to cover only three specific categories of people who believe their lives have become intolerable. It includes those with a progressive, degenerative conditions; those who have suffered a trauma such as crashes or sports injuries, leaving them entirely dependent on others; and those with terminal illness.

Debby Purdy, who won a ruling in the Law Lords requiring the public prosecutor to say when assisted suicide would be prosecuted — leading to a quasi decriminilization — is not dying. She has MS and wants her husband to be allowed to help kill her when she has decided she has had enough of disability. The most notorious cases of suicide tourism, such as Daniel James, a young man taken to Switzerland by has parents after a sports injury left him totally paralyzed, involved people with disabilities, not the terminally ill.

And even those bills that did so limit the license proposed to the dying, were never intended remain so restricted. Rather, the dying were the foot in the door. Thus Lord Joffe, who unsuccessfully attempted to legalize assisted suicide several years ago, admitted that he wanted a far broader license (as reported here):

I can assure you that I would prefer that the [new] law did apply to patients who were younger and who were not terminally ill but who were suffering unbearably,” adding, “I believe that this bill should initially be limited.

Delamothe is upset because disability rights campaigners are the single most effective organized opponents of assisted suicide — in the UK and in the USA. But they are right and he is wrong. Assisted suicide/euthanasia is not about terminal illnesses. It never has been. As I have written, the philosophy that underlies the movement — radical individualism and that killing is a proper means of ending human suffering — make it impossible to limit euthanasia to the dying and remain consistent to values. The dying are just used as the justification for what is already a far broader and more radical goal of eventually legalizing Kevorkianism that would permit virtual death on demand to any adult with more than a transitory desire to die.