I Told You The Fix Was In On Canadian Euthanasia Panel 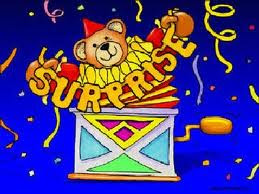 The in-the-tank media is huffing and puffing, trying to make something important out of an entirely predictable recommendation by the Royal Society of Canada commission to legalize euthanasia. But commissions can be created to obtain a specific result, as this one was and did.

In fact, I told you this very thing would happen two years ago, to be precise, on October 28, 2009: “Stacking the Deck for Euthanasia in Canadian ‘End of Life’ Commission” in its entirety:”

“Expert commissions” to advise on contentious issues of public policy are usually political tools designed to come to a predetermined conclusion in order to pave the way for a desired policy changes. Remember that as we take a look at a new commission being appointed by the Royal Society of Canada to look into end of life issues. From the story:

Queen’s Philosophy professor Udo Schuklenk has been selected to head a prestigious new international panel on “End-of-Life Decision Making” in Canada. Appointed by the Royal Society of Canada, the expert panel will investigate key aspects of this critical issue – including voluntary euthanasia and physician-assisted suicide – and prepare a public report.

Stories such as this never seem to look deeper than the job titles of the panelists, as if they come to their work with no preexisting positions. So, I decide to check, starting with Udo Schuklenk. What a surprise: He’s a pro euthanasia philosopher. How do I know? He’s said so. For example, in an essay explaining why he is an atheist, he wrote:

No matter how unbearably patients suffer due to illness or injury toward the end of their lives, the world’s monotheistic religions stand as one in their rejection of many dying patients’ requests to end their lives in dignity. That we may well be of sound mind, and that there is no prospect of our condition improving, makes no difference to their stance. Our own considered judgment that life is not worth living any longer counts for nothing to organized monotheistic religions. According to them, we are not ethically entitled to ask for physician assisted suicide or voluntary euthanasia. This is surprising, given that at the end of our natural lives churches have promised us that we would be going to heaven – or hell, as the case might be. If at the end of a decently lived life we would go to heaven and enjoy eternal life, why are they fighting our earthly death so vigorously? None of this makes any sense at all if we take religious beliefs about our afterlife seriously. Once again substantial, avoidable human suffering is a direct consequence of religious interference with our end-of-life decision-making.

I don’t care about his religious views, but to chair a panel with such a clear view in favor of assisted suicide, indicates the direction in which the commission’s recommendations are expected (designed) to go.

But perhaps I am being too cynical. Let’s see who else is on the commission: Ah, Scot philosophy professor Sheila McClean who wrote The Case for Assisted Suicide, a book described as arguing fervently in favor of legalization. Hmm, I wonder how she will vote?

Another commissioner is a Dutch euthanasia researcher. Cute.

Then there’s Jocelyn Downie, author of Dying Justice, a book urging the decriminalization of both euthanasia and assisted suicide. The bias isn’t even subtle.

I spent some time researching the views of the two remaining members, but neither seemed to be particularly involved in the issue. So let’s count them, at least for now, as neutrals. No matter: Even assuming both are as adamantly opposed to assisted suicide as their co panelists appear to be for it, the deck is stacked, the fix is in, 4-2 for permitting assisted suicide in at least some cases.

The next step in this Kibuki Theater will be for the media to trip over themselves to report breathlessly that “the experts” have deeply pondered, and determined–after much hand wringing, there is always hand wringing–that assisted suicide should be allowed. It is all so scripted and predictable.

Gee, I was right. But then, on these matters, I usually am.