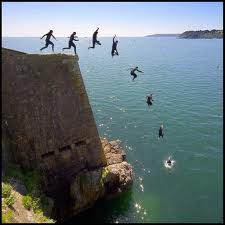 To improve the chances of passage, the Death with Dignity Act was written to apply only to the choices of the terminally ill who are competent at the time of their death. This raises the question whether, if the act continues to work as intended, we should extend the choice of voluntary euthanasia to:

• Persons who are not terminally ill but suffering a severely debilitating medical condition they judge to be unbearable.

• Persons who are not competent at the time of their death but who previously made a competent choice of euthanasia as evidenced through a special type of advance directive.

Some will reject any extension of euthanasia on the grounds that all human life is precious and should in all circumstances be preserved. Yet our society places a great value on individual liberty. Those opposed to euthanasia are free to choose to endure great suffering at their life’s end. But why should they be entitled to force others to do so?

Then why prevent anyone with other than a transitory desire to commit suicide from being euthanized?

Slippery slope? No, facts on the ground! This is precisely what opponents predicted would happen once killing was accepted as an acceptable answer to human suffering. It can’t help but happen. Human beings are logical, we go where the trail takes us. And by the way, the Canadian commission I mentioned earlier today, also wants euthanasia available for the non terminally ill.

This movement is not, and has never been about the terminally ill for whom nothing else can be done about suffering. It is long past the time pretending that it is.

Pro-Life and Pro-Choice: Can they co-exist?