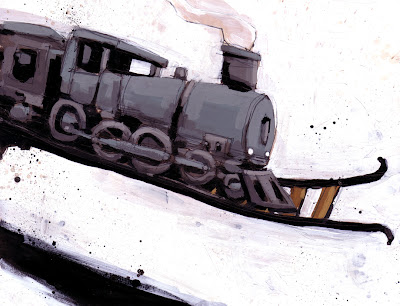 This is huge. Geron, which has spent many years touting its embryonic stem cell program as the future of regenerative medicine, is abandoning the field. From the Washington Post story:

The company doing the first government-approved test of embryonic stem cell therapy is discontinuing further stem cell work, a move with stark implications for a field offering hope of future medicines for conditions with inadequate or no current treatments.

And, there’s a bias penalty flag on the field! Geron’s decision does not provide “stark implications” given the tremendous advances made in ethical stem cell research, such as adult, induced pluripotent stem cell, umbilical cord stem cell, direct reprogramming from one type of cell to another, etc. Back to the story:

Geron Corp., a pioneer in stem cell research that has been testing a spinal cord injury treatment, said late Monday that it’s halting development of its stem cell programs to conserve funds. It is seeking partners to take on the programs’ assets and is laying off much of its staff . . . In a statement, the company said the decision to narrow its focus “was made after a strategic review of the costs, . . . timelines and clinical, manufacturing and regulatory complexities associated with the company’s research and clinical-stage assets.”

I am sorry, but this momentous decision deserves far more attention than a relatively short story in the business section. The media has been utterly fawning in its promotion of embryonic stem cell research for more than ten years, and still often reports that it is the best hope for regenerative treatments, when that is clearly no longer true. Indeed, the media has been so in the tank that it has often ignored far superior results from ethical approaches, as I have repeatedly detailed over the years.

That being so, Geron and the media have an obligation to explain the why of this story in some detail and without spin. Was it the recent European ruling banning the patenting of embryonic stem cell products (about which I wrote) a factor? Was its human trial a disappointment? If it is out of money, why aren’t venture capitalists more willing to invest more in the fielf if it is so promising? I am sure you all have questions of your own.

Like I said, the issuance of a terse, jargon filled statement and a folding of tents is unacceptable. Time for the media to stop being suppine and dig into what actually happened here.

This Week in Bioethics #112