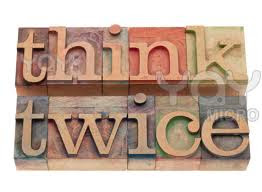 But that’s not what I want to talk about. In recent years, we have seen the growth in living organ donations, usually one kidney or a slice of liver. Often, these go to family members or friends. But some people donate to strangers. The World Health Organization, it turns out, appears to disfavor–but not call for the legal prohibition–of such living donations to people unrelated to the donor by family or emotional ties. From the WHO guidelines:

In general, living donors should be genetically, legally or emotionally related to their recipients.

“Should” be “related,” as in connected, as in not being a stranger. That’s entering controversial territory. I don’t think we’ve discussed that issue here before.

On one hand, donating to strangers is certainly the epitome of altruism. On the other, my tendency would be to agree with WHO because of the potential adverse health consequences to the donor, who also will almost always have other responsibilities and relationships that could be caused profound harm if he/she died or became very ill (as occasionally happens). In this regard, I know someone who gave a kidney to a stranger had a pretty rough stretch after the surgery. If he had died, what of his own family?

Then we get into the bartering agreements, you know, where A donates to B in return for B’s brother donating to A’s wife. But at least in those cases, the intended beneficiary in each link of the chain has the WHO endorsed ties to a donor, who can’t give directly due to genetic matching issues. Question: Should such agreements be legally binding once made, as surrogacy contracts have become?

Bottom line: I don’t think stranger donations should be legally prohibited (except in countries, such as the Philippines, that suffer from biological colonialism, in which rich outsiders buy organs from the destitute). But very great care should be taken to ensure the donor is psychologically capable and has gone through a sufficiently informed and deliberate decision making process before undergoing serious and potentially life altering surgery. More: I think some effort should be made to try and dissuade the potential donor to ensure that the desire is well thought through and enduring.

3 Things You Should Know About Physician Assisted Suicide