It Was Bound to Have Happened 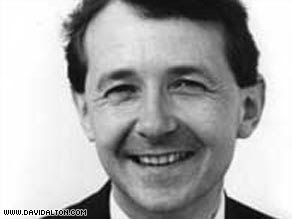 “Unknowing Twins Marry Each Other”! This just in from a friend.

Apparently, separated at birth by adoption, the twins grew up and married. Only to find out after they’d married, they were brother and sister. This has been one of the social concerns of the Reproductive Medicine Gone Wild approach of the day. Sperm and Egg donation randomly creating situations where a few studs and beauty queens are ‘making’ most of the children will have the effect of increasing the odds of siblings unwittingly marrying one another.

Lord Alton of the British House of Lords has raised this concern in light of the new policy in the U.K. to remove the words “mother” and “father” from a baby’s birth certificate. Stating only “Parent A” and “Parent B” be listed to accommodate same sex couples and couples using sperm and egg donors.

The article states this:

“Alton, first heard of the twins’ marriage in a conversation with a High Court judge, and initially raised the case in a House of Lords debate on December 10.

Alton said: “(The brother and sister) met later in life and felt an inevitable attraction, and the judge had to deal with the consequences of the marriage that they entered into and all the issues of their separation.

“I suspect that it will be a matter of litigation in the future if we do not make information of this kind available to children who have been donor-conceived.

Alton is concerned that the new bill would allow the biological identity of one parent to be removed from the birth certificate, PA reported, and that there would be no way for the child to know if they had been donor-conceived.

He told PA on Friday: “The state is colluding in a deception. We are opening the door to more cases like this one. One of the most fundamental things of all is to know who you are. The issue here is about human rights.

“A birth certificate that omits any mention of your true origin falsifies your history in a very significant way.””