We Don’t Have a Moral Duty to Be Experimented Upon 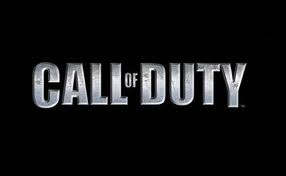 I think many of the political and ethical arguments today, whether in bioethics, tax policy, or other issues roiling society–boil down to a fundamental dispute between what is meant by “equality.” Some (me included) believe it means equal opportunity (American Revolution), while others (President Obama, I think) believe it means of results (French Revolution). I think that is also the bottom line issue in the controversy bubbling out of the bioethical intelligentsia about whether we all have a moral duty to participate in medical research: It seems to me that this misguided idea holds that everyone should be equally at risk in research since we all generally benefit from research. (I have dealth with this issue a few times, such as after President Obama’s former adviser, Ezekiel Emanuel advocated the idea.)

But the whole notion is fraught with peril. A good column by Bill Gleason in the Chronicle of Higher Education points out a few of the reasons why such a duty does not exist. He starts with a shocking lack of reciprocity toward the research subject from researchers, about which I was unaware. From “Do People Have a Moral Obligation to Be Research Subjects?”:

As my colleague, bioethicist Carl Elliot, put it: “Only 16 percent of academic health centers in this country will pay the medical bills for research subjects who are injured in clinical trials. None will pay for lost wages and suffering. And an ethicist is arguing that we all have a duty to sign up for these trials? Give me a break.”

That’s really shocking and wrong. If people voluntarily put themselves at medical risk, they should receive some basic protections in return if things go wrong. This is particularly true if the research is non therapeutic, that is, not intended to potentially benefit the subject by ameliorating a medical condition with which he or she is contending, but to obtain general knowledge or check safety.

I think this is a very key point:

Most patients are not capable of making scientific judgments about whether a clinical trial is worthwhile. Many doctors and people who sit on institutional review boards are not. To claim that people should risk themselves, out of beneficence, to participate in a clinical trial is unreasonable. Certainly to declare it to be a moral obligation is wrong.

I would also point out that the subjects who take personal risks will not benefit financially from medical breakthroughs that make some researchers (justifiably) and big biotech/pharma fabulously wealthy. If there is a duty to be experimented on, then shouldn’t there be a concomitant duty to equally distribute the financial rewards from such experimentation to those who make it possible? I say no, but that’s because I don’t believe in equality of results but do think that risk takers should be allowed to benefit from their enterprise (or take the losses if things don’t work out). But if we all have a duty to participate, we all should have a right to an equal share of the fruit thereof.

Here is one moral duty I do think exists: The experimenters should be required legally to pay for the reasonable costs suffered by research subjects when experiments go wrong.

Fertility Treatments Give Birth to Depression