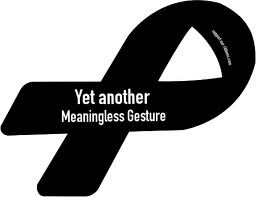 UK scientists are advocating that Parliament create a regulatory body to approve experiments with animals using human DNA. From the story:

British scientists say a new expert body should be formed to regulate experiments mixing animal and human DNA to make sure no medical or ethical boundaries are crossed. In a report issued on Friday, scientists at the nation’s Academy of Medical Sciences said a government organization is needed to advise whether certain tests on animals that use human DNA should be pursued. Tighter regulation isn’t needed for most such experiments, said Martin Bobrow, chair of the group that wrote the report. “But there are a small number of future experiments, which could approach social and ethically sensitive areas which should have an extra layer of scrutiny,” he told reporters in London.

This is definitely an area that begs for regulation. But color me skeptical that anything meaningful will ever be enacted, or if enacted, permanently maintained. Here’s why:

Despite my pessimism, I certainly believe we should at least try to create international laws that draw firm legal and regulatory lines proscribing certain human-animal experiments. When (if) we fail, at least the hollow assurances of restraint and the stated desire to be regulated in this field will be exposed as the mere PR gambits that they are.

Every life matters. Everyone counts.