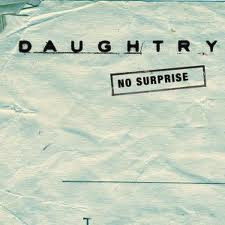 District Court Judge Royce Lamberth has dismissed the lawsuit filed against the Obama funding of ESCR. From the story:

A federal judge on Wednesday dismissed a lawsuit challenging the Obama administration’s funding of stem cell research. The lawsuit, filed by Boston biological engineer James L. Shirley, asserted that the funding violated a 1996 law prohibiting federal taxpayer money from being directed to work that harms an embryo. The Obama administration policy allows research on embryos that were harvested long ago through private funding.

U.S. District Judge Royce Lamberth, a Ronald Reagan appointee, last year allowed the suit to proceed and issued a temporary injunction to block National Institutes of Health work on the embryonic stem cells. The Court of Appeals overruled him, and Lamberth said Wednesday he is bound by the higher court’s ruling and dismissed the case.

It’s not Lamberth’s fault, but once again, the Clintonesque public policy expediency technique is used to get around the law through the playing of semantics games. (I find this result akin to refusing to change the Controlled Substances Act to permit medical marijuana, and instead, just not enforcing the law as written.) I wish I were surprised, but I predicted this very outcome late last year. The politics of this were always too white hot in our increasingly less principled country to permit a literal following of the clear purpose of Dickey-Wicker.

The next big fight in this field will be over federally funding human cloning research when, and if, that technology can be performed in humans. Until then, expect the status quo to continue.

Save The Date: March 14 Surrogacy: Trading on the Female Body