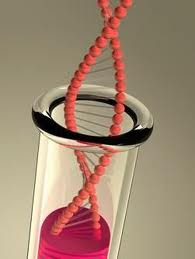 Preventive screening has, in some cases, become controversial. Example: PSA blood tests for signs of prostate cancer. Some believe that false positives can lead to unnecessary further testing or treatment — adding to the strain on health care resources and putting some men through unnecessary and painful procedures. On the other hand, such tests do catch cancer and sometimes save lives.

Along this same line, the Wall Street Journal has an interesting article about the increasing use of blood tests shortly after birth to detect genetic diseases. From the story:

Newborn testing identifies at least 3,400 babies with a disorder each year, according to the Centers for Disease Control and Prevention. The programs generally have focused on well-understood medical conditions in which early intervention can make a difference in a baby’s life . . .

Proponents of broader screening programs say early intervention in a disease can improve a child’s life and might speed the development of treatments for rare diseases, where symptoms often don’t appear until severe damage has occurred. Often there are few specialists knowledgable about rare disorders, and newborn screening can save families years of anguish searching for a diagnosis. Some parents also say the information is important to know for family-planning purposes.

But critics say the additional tests may raise flags that lead to unnecessary further testing, or treatment, for babies who will not get sick. The tests can add big additional costs to the health-care system, they say. And some people are concerned about privacy, since stored blood-spot samples can be used by researchers. Some states give parents the ability to decide whether they want a child’s specimens used for research purposes.

I don’t believe money should be the primary concern in this matter. Protecting people is. But I want to take this discussion to a more macro level.

In a Hippocratic medical milieu that accepted human exceptionalism and the unconditional equal intrinsic value of all patients, preventive screening would seem an ideal approach to catching conditions early to plan for proper care. But, as I project out along the current cultural trajectory, I worry that some babies who test positive for very seriously disabling or terminal conditions could one day be consigned to a lesser societal value and reduced treatment options by the encroaching “culture of death” utilitarianism we see permeating bioethics and the broader values of society.

This isn’t paranoia: We already see the infanticides of seriously disabled babies practiced openly in the Netherlands under the Gronningen Protocol — supported by respectful coverage in the New England Journal of Medicine and supportive stories in newspapers like the New York Times. Studies show the same killing paradigm now occurring in Flanders, Belgium. In the USA, Down babies have been denied life-saving surgery to repair a serious but fixable digestive condition, which would lead to child abuse charges were a “normal” child allowed to go untreated. Some leading bioethicists, such as Peter Singer, call for the discarding of a sanctity/equality of life ethic in favor of one founded on the so-called “quality of life.” Thus, I worry that the results of screening tests could one day eventually impact our perception of the baby and deleteriously impact his or her future course of care.

The ultimate answer to my concerns isn’t to squelch screening. That would be unwise. Rather, it is to embrace human equality of all people regardless of health or disability.