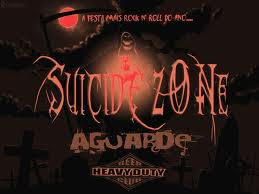 The FBI has raided the elderly woman in California who manufactures suicide bags and sells them for $60. From the KFOR story:

Federal agents have raided the home of a 91-year-old woman who was selling do-it-yourself asphyxiation kits for $60 apiece in a mail-order business out of her San Diego-area home, an FBI spokeswoman said on Thursday. April Langwell, the agency’s spokeswoman in San Diego, confirmed FBI agents carried out a search warrant on Wednesday at the home of Sharlotte Hydorn but declined to release further details of the investigation.

Hydorn made headlines after one of her customers from Oregon, Nicholas Klonoski, 29, described by his family as suffering from depression but otherwise healthy, used one of her kits to take his own life in December. Hydorn’s product consists of a plastic hood that closes around the neck, and tubing that connects the hood to a tank of helium or other inert gas that users must supply for themselves. Hydorn says her so-called “exit kits” are intended to help terminally ill people end their lives with dignity in their own homes, though she has acknowledged she performs no background checks and asks no questions of individuals who order the apparatus.

So, the Supreme Court wouldn’t let Attorney General John Ashcroft stop Oregon doctors from prescribing controlled substances for suicide, but the FBI raids Hydorn for essentially engaging in the same activity without using drugs? Oh, wait a minute. I get it! The way things are these days, she’s probably up on a zoning code violation.