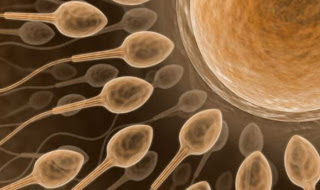 Stay out of the hot tubs, wear boxers and now this one guys.

The Big Easy Gets it Done