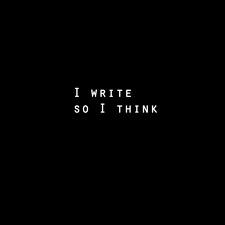 Legatus magazine asked me to write a column on the stem cell issue, and so I did. From “Good Ethics Makes for Good Science:”

Have you noticed that the stem-cell controversy rarely makes the news these days? There’s a reason: The greatest advances in stem-cell research over the last decade have not involved cells taken from destroyed embryos. That doesn’t fit the media template of embryonic stem cells being the “gold standard” for regenerative medicine, and indeed, the “only hope” for people struggling against diseases such as diabetes and Parkinson’s. Hence, advances that would have resulted in screaming headlines if accomplished with embryonic stem cells, barely caused a ripple and in many cases weren’t reported at all.

I discuss some of the advances in the IPSC and adult stem cell fields. I conclude:

There are literally thousands of adult stem cell human trials ongoing at the present time around the world — as opposed to just three very small ESCR safety studies. Dr. David Prentice, senior fellow for life sciences at the Family Research Council, tracks these studies from around the world. He told me, “Published evidence demonstrating that adult stem cells can repair diverse tissues continues to mount. Even though there is little media interest, adult stem cells are effectively helping thousands of patients for dozens of diseases right now, with much more coming in the pipeline.” It is increasingly likely that the future of regenerative medicine can be powerfully efficacious without crossing important ethical lines. And that’s the point to always remember whenever discussing the stem cell controversies: The debate has never been an argument about “science,” but rather, over proper ethics. But morality can seem terribly abstract in the face of hyped promises of cures!

But now that it has become clear that IPSCs, adult stem-cell research, and other ethical regenerative techniques have actually travelled farther than ESCR, even that weak argument is collapsing. Indeed, President George W. Bush had it right — and his critics had it wrong — when he expressed faith in the imagination and ingenuity of science to find ways forward in the stem cell sector that both promoted good science and maintained a proper regard for the sanctity of human life.

I hope the perceived scientific need to conduct ESCR passes soon, and we can join as an entire society in supporting ethical regenerative medical research.

William E. May, Rest in Peace

The Year is Ending, But Our Work is Not