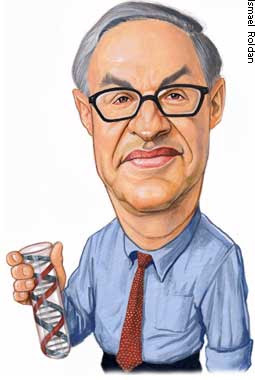 Leon Kass is one of the great thinkers in bioethics (and a friend), a man of great eloquence whose rare depth of thought and knowledge sometimes makes my jaw drop.

In honor of his many years of contribution to bioethical discourse and his many services to society, the Center for Bioethics and Culture awarded him its Paul Ramsey Award for 2010, named after the bioethics sanctity of life pioneer. I thought Leon’s acceptance speech was worth pondering.

Paul Ramsey was Kass’s mentor. But they disagreed about the nature and meaning of death. Kass states that Ramsey thought it was itself an “intrinsic” indignity to man. From Kass’s speech:

Ramsey wrote to oppose the shallow views of human life that informed the emerging “death with dignity” movement, which spoke as if dignity would reign if only officious doctors kept their machinery at bay and let nature take its course with the mortally ill. But Ramsey’s argument ultimately rested on his belief that death itself was an inherent indignity, because it “contradict[ed] . . . the unique worth of an individual human life.” This view rested, in turn, on his Christian faith: that we human beings, originally created for immortality, fell through sin into our mortal condition, where we enjoy only an alien dignity bestowed upon us by God, who out of His infinite love became man and was crucified, and who thus redeems us and offers us salvation from sin and the conquest of death.

Leon, who is Jewish, disagreed:

Against this view, half a lifetime ago, your honoree took up the pen against his teacher. In an essay entitled “Averting One’s Eyes or Facing the Music?—On Dignity in Death,” I argued that death was not in itself an affront to human dignity; that human dignity was intrinsic and rooted in our nature, not alien and bestowed; and that it was manifested—or not—in how we lived our lives and faced our deaths—some of us with dignity, some without it. Moreover, against Ramsey, I insisted that what was most dignified and worthy about us was not what made each of us a unique and irreplaceable human being, but rather what we had humanly in common—our species-specific capacities for understanding, community, and moral excellence.

I think Leon was right. Dignity is in our natures, not our individual capabilities. Moreover, death is not an intrinsic indignity, it’s a necessary part of life that keeps this world dynamic and vibrant. But that impersonal macro level view is of cold comfort at the level of living our lives. For the individual, death–especially of those we love–is a devastation–and as we saw in Haiti–it can also be an incalculable catastrophe.

Leon writes that his original views evolved further to also encompass much of Ramsey’s thinking about individual worth:

Time and further study has taught me my lessons, even though I have not yet converted fully to Ramsey’s point of view. Though I still celebrate what we human beings have in common, I no longer devalue our individuality and no longer regard as mere sentimentality the celebration of our “uniqueness.” The human soul comes to us never in its generality, always in its particular embodiments, each with our own special manifestations of the glories and miseries of being human, each with our particular—yes, unique—trajectory from living zygote in the womb to lifeless body in the grave. The only human life we can live and celebrate is not universal but parochial, and not a single moment of it will ever come again. True love loves uniquely the one whom it has been given to me to love: my beloved—like my father or mother of blessed memory, or my family and friends—is not replaceable.

Yes, it’s both, I think. None of us is replaceable and are each uniquely dignified–but in the context of sharing an overarching universal exceptionalism that gives us each a moral status equal to all of our brothers and sisters, regardless of individual circumstances. In other words, we all have equal rights, we all have equal worth, and concomitantly, we all have the obligation to assume important and enforceable moral duties consistent with our individual capabilities. Only humans are so endowed or evolved–take your pick–to a level of true moral existence, and that makes us, indeed, exceptional.

Congratulations to Leon Kass for his well deserved Paul Ramsey Award. In the struggle to defend human exceptionalism, I am so glad to be permitted in the same fox hole as Leon Kass.

I need to raise $30K by the end of the year…can I count on your support?