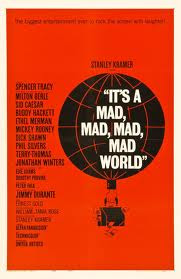 Good grief. Peter Singer is one of the most subversive, pro culture of death advocates in the world, and he has been granted Australia’s highest civic award. After my head stopped exploding, I took to The Corner: From “Australia Awards Infanticide Guru Highest Civic Award:”

Singer is best known for advocating the ethical propriety of infanticide. But that isn’t nearly the limit of his odious advocacy. Here is a partial list of some other notable Singer bon mots:
– Singer supports using cognitively disabled people in medical experiments instead of animals that have a higher “quality of life.”
– Singer does not believe humans reach “full moral status” until after the age of two. Singer supports non-voluntary euthanasia of human “non-persons.”
– Singer has defended bestiality.
– Singer started the “Great Ape Project” that would establish a “community of equals” among humans, gorillas, bonobos, chimpanzees, and orangutans.
– Singer supports health-care rationing based on “quality of life.”
– Singer has questioned whether “the continuance of our species is justifiable,” since it will result in suffering.
– Singer believes “speciesism” — viewing humans as having greater value than animals — is akin to racism.
– Singer believes that animals should be given “equal consideration” with humans in utilitarian policy analyses.
– Singer asserted that Australia’s greenhouse-gas emissions are morally equivalent to “waging aggressive war on Bangladesh.”

Well, you get the idea. As the old song says, it’s a sign of the times. The more radical and anti–human exceptionalism a public intellectual’s views, the greater his or her chances are of receiving civic and academic accolades.

What a disgraceful thing for the Aussie government to do. I am not alone in my scorn.