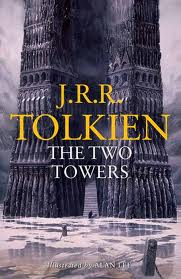 There is a tendency in media and among the public to blame racism and other assorted bigotries on ignorance, stupidity, or “superstition” (religion). And sometimes that is true. But just as often, evil comes from the top, down — from those who are the smartest, most intelligent, and well educated. Eugenics is the classic example. Those pushing that pernicious anti human exceptionalist tripe were primarily professors, scientists, and hyper rich philanthropists. The evil they caused — including contributing to Nazi racial hygiene theory — cannot be measured.

Yale Alumni Magazine has an article admitting as much. From “God and White Men at Yale:”

On a sweltering Friday in June 1921, a 54-year-old Yale economics professor named Irving Fisher delivered a major speech at Cold Spring Harbor on Long Island. The pain of the recent war in Europe was still fresh, and Fisher was troubled by the quality of those who had died, and the damage to “the potential fatherhood of the race” by the loss of so many young men “medically selected for fighting but thereby prevented from breeding.” In light of these losses, the issue, it seemed to Fisher, was that graduates of leading universities were failing to do their reproductive duty: the families “of American men of science” averaged just 2.22 children, versus a national average of 4.66.

That is what is known as “positive eugenics,” that is, the duty of the supposed betters in society to procreate bounteously. The real evil — the beliefs that led to involuntary sterilization and refusing Jews entry into the USA seeking to escape Germany — came from “negative eugenics.” Fisher was virulent on this topic:

To prevent that, immigration from certain regions needed to be sharply curtailed, and birth control “extended from the white race to the colored” and to other “undesirable” ethnic and economic groups, ideally under the control of a eugenics committee established to “breed out the unfit and breed in the fit.” Otherwise, “the Nordic race . . . will vanish or lose its dominance.”

It was strong stuff, and from a seemingly impeccable source. Irving Fisher ’88, ’91PhD, a dapper, balding figure, with a white van dyke beard and rimless eyeglasses, was one of America’s best-known scholars. The New York Times ran long, flattering profiles about his work, and for years the Wall Street Journal published “Fisher’s Weekly Index,” for tracking market prices. The rich and powerful, including congressmen and presidents, sought his advice. And with good reason: even today, Fisher is widely regarded as the greatest economist America has produced . . .

But Fisher was also a leading voice of the eugenics movement, which aimed to improve human populations through carefully controlled breeding . . . Fisher didn’t merely lend his reputation to bigotry. He made eugenics a major focus of his life and regarded it as a natural outgrowth of his economics: “national vitality” depended on a productive citizenry, and it was clear to him that healthy living and careful breeding were the best ways to make the citizenry become more productive. To that end, he helped found the Race Betterment Society; was an active member of the Eugenics Research Association, a group of scholars in the field; and served as founding president of the American Eugenics Society, which organized research, lobbying, and propaganda for the movement.

His story isn’t an anomaly. The high university has often been a powerful source of anti human exceptionalism darkness. Think of the Nobel Prize Winner in Physics, the racist William Shockley, who parlayed his justified fame from helping invent the transistor into a return of old fashioned eugenics advocacy.

On the contemporary scene, a lot of smarties push pernicious ideas. There is Nobel Laureate James Watson, for example, who was rejected in the public square for pushing racism and anti Semitism. Alas, the same can’t be said for for the anti human exceptionalist, Peter Singer — whose advocacy, if accepted as policy, would lead to infanticide and using disabled living people as organ farms and research subjects. He was brought from Australia to Princeton not in spite of these ideas — but because of them — and may now be the world’s most influential contemporary bioethicist/moral philosopher. Think also Oxford’s Julian Salvulescu, who not only pushes his own neo eugenics, but also publishes the Journal of Medical Ethics, home of such notable anti humanism advocacy as the “post-birth abortion” article that recently caused such a fuss.

We don’t want to take this too far. The benign Albert Einstein was certainly a source of morality and conscience. Contemporary smarties that promote human exceptionalist virtue include the University of Chicago’s Leon Kass, Princeton’s Robert George, and Stanford’s William Hurlbut.

Here’s the point: The history of eugenics teaches us that while we should not reject policy ideas and advocacy because they come out of the most elite universities, we should also not bow down before those who inhabit the ivory tower as if they are our betters. In other words, hyper intelligence and a plethora of post graduate degrees have little to do with virtue and moral ideas. Indeed, an argument could be made that too often, it is exactly the opposite.