The Attack of the Kidney Harvesters 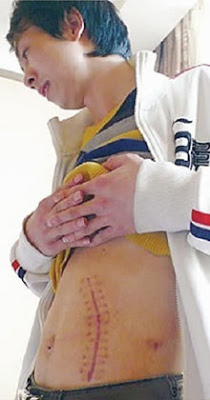 The perceived entitlement of the West sickens. We now believe our lives are so important that with biological colonialism, some of us are willing to work with criminal gangs to grab the kidneys of the vulnerable destitute. There is a shameful report out of the UN illustrating just how bad things are getting. From the Guardian story:

The illegal trade in kidneys has risen to such a level that an estimated 10,000 black market operations involving purchased human organs now take place annually, or more than one an hour, World Health Organisation experts have revealed. Evidence collected by a worldwide network of doctors shows that traffickers are defying laws intended to curtail their activities and are cashing in on rising international demand for replacement kidneys driven by the increase in diabetes and other diseases.

Patients, many of whom will go to China, India or Pakistan for surgery, can pay up to $200,000 (nearly £128,000) for a kidney to gangs who harvest organs from vulnerable, desperate people, sometimes for as little as $5,000. The vast sums to be made by both traffickers and surgeons have been underlined by the arrest by Israeli police last week of 10 people, including a doctor, suspected of belonging to an international organ trafficking ring and of committing extortion, tax fraud and grievous bodily harm. Other illicit organ trafficking rings have been uncovered in India and Pakistan

We are suffering in the West from a crisis of character, bred in part, by anti human exceptionalism that looks at the bodies of living destitute as if they were mere resources for use in improving our health (in this circumstance) or providing us with sensual pleasure (as in sex trafficking and brothers that serve pedaphiles).

The only way to stop this onslaught is from the demand side. There need to be consequences to those who buy these organs. Buyers need to be put in the dock!

“Science” Not Be All and End All