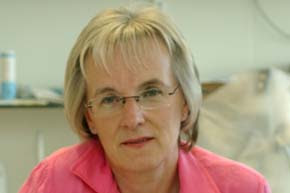 I am just appalled by the “egg sharing” program that the United Kingdom has launched. Here’s how it works. If you are a poor woman, and you can’t afford IVF treatment, the UK will give you a 50% break in your IVF treatment costs IF (and this is the smelly for sure) you will give HALF of your eggs to cloning researchers.

I think it should be noted that in any IVF procedure, requiring eggs to be used – the eggs are always ‘graded’. Just like in the grocery store. Some eggs are of better quality than others. So in this “sharing” scheme – who do you suppose will get the grade “A” eggs?

Alison Murdoch who is a leading cloning researcher at Newcastle is “delighted” that these women have come forward.

The social injustice here must not be overlooked.

And with all the yammering about universal health care, why doesn’t the UK offer IVF treatment to their citizens?

So now the medical profession has entered into bartering!

Fifteen women undergoing IVF treatment are to take part in a world-first scheme in Newcastle.

They are the first to receive IVF treatment at Newcastle’s Fertility Centre at Life at a reduced cost in return for donating some eggs for research.

Under the scheme, women receive about half of the cost of their IVF treatment, £1500, in return for the donation of half their eggs.

One hundred women came forward and, after testing and counselling, fifteen were found to be suitable and six begin treatment this month.

Scientists at the North East England Stem Cell Institute believe the funding will lead to an increase in the number of eggs for research which could lead to faster progress in stem cell therapies. The project continues over two years.

Professor Alison Murdoch who is leading the project at the North East England Stem Cell Institute (NESCI), says “We are delighted at the excellent response from women in the North East to this important research. We hope that significant progress will be made in the research and that it will also help many couples to have a family from IVF treatment.”

Greenwich CT doctor uses his own sperm to inseminate women