Advanced Cell Technology is reporting that a very preliminary review of its ESCR-derived eye treatment shows safety and potential efficacy. From The Lancet:

Schwartz and colleagues have realised the potential to use hESCs therapeutically in human beings. Their report is preliminary, in only two patients, and with a short-term follow-up; but the results are impressive—especially considering the progressive nature of both diseases. Also of importance is that the patients were part of a phase 1 safety study, and the lowest dose was not only safe but seems to be effective for the duration of the 4-month follow-up. The investigators appropriately maintain a cautionary tone, because it is still unclear whether any of the visual improvements recorded were due to the transplanted cells or to other factors, such as the immunosuppressive drugs. It is also possible that repeated treatments will be necessary. 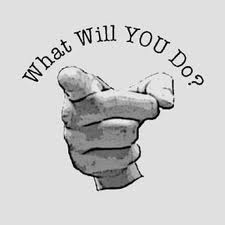 A few thoughts. First, it seems unusual to do a report this early in a study, particularly when the results are so preliminary. But I said to expect this kind of thing the other day when ACT got a puff piece about itself published in Nature. In other words, early touting of success before a study’s completion is consistent with ACT’s past MO of generating publicity for its work, as a search for investment. And it hasn’t always turned out positive in the end. So take this with a grain of salt.

That point aside, and more importantly: The controversy over embryonic stem cell research has always been one of ethics, not science. Even if this study ultimately doesn’t work, someday ESC might prove medically useful in the clinical setting. As I ask every anti ESCR group to which I speak, “What will you do if some ESC-based treatments prove to be efficacious and safe?” People had better think about that. Will you accept a treatment you consider to be unethical, or refuse it at the potential cost of continued illness? That could well become a conundrum that all who oppose ESCR could someday face. Similarly, medical professionals who do not wish to be part of a procedure that involved the taking of human life — as ESC therapies do in the destruction of early embryos — need to think about what they will do if these ESC-based treatments ever reach the clinic.

Medicine has become morally polyglot and ethically heterodox. The question may get down to how individuals act in the face of these potential new powers and challenges.

Shouldn’t They Just Be Grateful to Be Alive?

‘Till Alzheimer’s Do Us Part