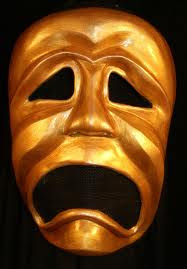 Awful. I have advocated — to some criticism — that the organ transplant community should make it very clear that organs that become available due to suicide will not be procured. See my reasoning here.

Now, in India, a 12-year-old girl killed herself for that very purpose. From the Times of India story:

For days, Mumpy would listen quietly as the elders discussed how only an eye surgery could save her father’s vision and a kidney transplant her brother’s life. But both surgeries were beyond the family’s meagre means. So, Mumpy hit upon a plan, which to her 12-year-old mind seemed the answer to all troubles. She would kill herself, which would save the dowry, too, and her organs would give her loved ones back their lives. Mumpy did stick to her plan. But the suicide note in which she had scribbled down her wishes was found the day after she was cremated.

What a tragedy for the family.

The point of refusing organ donation from suicides would be to prevent society from giving suicidal people a perceived stake in doing themselves in. (The same reason should preclude organ harvesting after euthanasia, as occurs now in Belgium.) While this story wasn’t in the West, I think it demonstrates tragically and vividly that my concerns are valid and potentially prophetic. Despairing people need incentives to stay alive, not to be made dead.

I Sold My Eggs and Paid With My Health