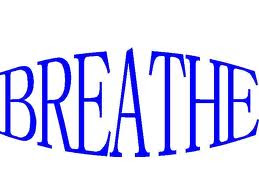 What a tremendous thing: Doctors have replaced a cancer patient’s diseased trachea with one made in part using his own adult stem cells. From the Wall Street Journal story:

Doctors have replaced the cancer-stricken windpipe of a patient with an organ made in a lab, a landmark achievement for regenerative medicine. The patient no longer has cancer and is expected to have a normal life expectancy, doctors said . . .

As a first step, a team led by Alexander Seifalian of University College London used plastic materials and nanotechnology to make an artificial version of the scaffold in the lab. It was closely modeled on the shape and size of the Eritrean man’s windpipe. Meanwhile, researchers at Harvard Bioscience Inc. of Holliston, Mass., made a bioreactor, a shoe-box-size device similar to a spinning rotisserie machine. The artificial scaffold was placed on the bioreactor, and stem cells extracted from the patient’s bone marrow were dripped onto the revolving scaffold for two days.

With the patient on the surgery table, Dr. Macchiarini and colleagues then added chemicals to the stem cells, persuading them to differentiate into tissue—such as bony cells—that make up the windpipe. About 48 hours after the transplant, imaging and other studies showed appropriate cells in the process of populating the artificial windpipe, which had begun to function like a natural one. There was no rejection by the patient’s immune system, because the cells used to seed the artificial windpipe came from the patient’s own body.

Wowee. Ethical regenerative medicine is really achieving results — not in rats or the distant future — now.

Wanted: Someone to Play God