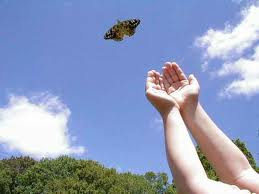 In case it isn’t clear: I support wholeheartedly the right of people to refuse life-sustaining treatment for themselves or for their dying children. (Food and fluids present a different issue and I don’t want to go there in this post.) My opposition to what I call Futile Care Theory has never been about withdrawing treatment that sustains life but does not provide cure or improvement, but about medical personnel and/or ethics committees forcing an end to treatment over the objections of those who want non elective treatment continued. In other words, it about using coercion to impose what essentially is a values judgment.

I have always believed — and have so written — that the best approach in these cases is education and caring counseling. Do that, I have suggested, and fewer people will opt for the “do everything possible” approach. Now, a new study bears out my opinion. It has a bad news headline — increased neo natal deaths — but is really a good news fact finding about how increasing numbers of people are choosing to withdraw treatment when their babies just cannot be saved. From the Health Day story:

Most deaths that occur in neonatal intensive care units at U.S. hospitals are due to withdrawal of life support and the withholding of lifesaving measures, a new study reveals. Neonatal infants (younger than 28 days old) account for the majority of childhood deaths in the United States, and most of those neonatal deaths occur after a decision to withdraw or withhold life-sustaining treatment, according to background information in the study, which is published in the July issue of the journal Archives of Pediatrics and Adolescent Medicine. Research conducted in the past three decades showed that an increasing number of American parents are deciding to forgo life-sustaining treatment at the end of their child’s life, and there has also been a rise in the number of children with do-not-resuscitate orders, the study authors noted.

Education, yes. Coercion, no. That is not only the right and humane way, but also the common sense approach for upholding professionalism and earning the people’s trust. Maintaining life should never be considered “futile.” Beyond that, coercion only breeds disrespect and a sense of profound injustice and victimization of those whose values were superseded.