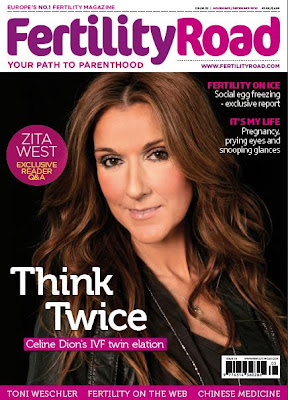 Big IVF–for that is what it has become, a rich and politically powerful industry–objectifies human beings and distorts familial and other relationships in the name of making babies. It objectifies women as egg farms and womb leasing merchants. It objectifies embryos, what with culling out the unfit from the fit (however that might be defined in the circumstances) and putting hundreds of thousands into the deep freeze where they are now looked upon as mere natural resources, ripe for the harvest. Coming soon, perhaps, genetic engineering and capacities or aesthetic enhancements to ensure that the baby that is born is the baby that the parents want.

It objectifies fetuses, as some are “selectively reduced,” that is aborted, as being in excess of need or health. It objectifies surrogates who might be paid by rich foreigners–even in America–to produce babies for them, never to see the child they nurtured again. These women have even had the name used to describe their role objectified, from “birth mother” to “gestational carrier.” It can objectify babies and children as familial relationships can get very confused and real fathers and mothers may be lost in confidentiality. It has led to a Wild Wild West mentality in which one presumes the right to be a parent, no matter the circumstances, opening the door to women the age of grandmothers giving birth and a milieu of anything chaos, as in Octomom. In other words, in addition to joy, which it has brought to many loving people, IVF has also caused tremendous pain and profound familial disruption.

It even, from time to time, objectifies and emotionally harms the people for whom IVF is undertaken, as in this case from the UK in which a couple paid a surrogate for her egg and to birth–and then lost a custody fight–but were still ordered to pay child support! From the story:

A couple who lost custody of their baby daughter to her surrogate mother have been ordered to hand over more than £500 a month maintenance for the child. Today they spoke of their disgust that they would be forced to pay for someone else to raise the child they will never see. The father, a leading chef, said the decision by the Child Support Agency ‘added insult to injury’ and that he would appeal against it.

He and his wife, who had suffered six late-stage miscarriages including four sets of twins, used a surrogacy website to find a single mother of two on benefits who was willing to carry the baby they longed for. They made an informal agreement to pay her £10,000 in expenses. But halfway through the pregnancy she decided she wanted to keep the baby and a judge ordered that the woman, who was also the biological mother, could keep the child despite her earlier promise. The couple, referred to as Mr and Mrs W to protect the child’s identity, later relinquished their contact rights because they said it would be too difficult emotionally and that it was unfair for the baby to be split between two homes. They allowed the surrogate, known as Miss N, to keep the £4,500 they had already given to her. But now Mr W must also pay £568 in child support every month as the biological father of the eight-month-old girl.

There is a lot of this kind of pain created by anything goes IVF, more I think, than we truly understand.

The purpose of IVF was laudable–to help desperate people have children. But it is out of control, and with celebrities like Celine Dion and Elton John leading the way, there is now a sense of utter entitlement to have a baby whenever and however one wants. But beneath it all, people–and perhaps, society–are being hurt.