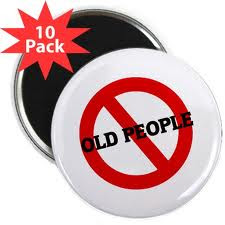 As if the suicide clinics weren’t bad enough, now nursing homes in one area of Switzerland will soon be allowed to facilitate suicides by residents. From the story:

A Swiss region is poised to give old people in state-subsidised care homes the right to die via assisted suicide if that is their wish. The assisted suicide organisation Exit, which already helps terminally ill patients in a number of nursing homes, forced a poll on the issue in Vaud – a Swiss first – back in 2009 and garnered the required number of signatures to make it law. Now there will be one more referendum to decide if the local government’s proposals, which slightly water down the Exit plans, become law…

The proposed bill would enable euthanasia only under strictly determined conditions,’ the government of the Swiss canton Vaud wrote in a communique. These conditions include that the person who wants an assisted death has to be suffering from a severe and incurable disease and “have uttered his or her dying wish several times over a period of time. Moreover the patient has to be mentally able to judge his or her situation realisticly, and have had holistic treatment of their condition proposed to them.“

Ah, yes–the “strict guidelines.” Those have really worked in the Netherlands and Belgium, haven’t they? Talk about a message of disdain for the value of the lives of the elderly.

Suicides in such locales can be very painful–and frightening–to other residents:

Jérôme Azau, director of Lausanne’s Foundation Mont-Calme nursing home, thinks the idea of a public initiative to decide such an issue is ‘disgraceful’…’It sends a message to young people that they can simply commit suicide when they get older. It’s unacceptable.’ Azau recounted a ‘traumatic’ assistance-to-suicide experience at the Mont-Calme nursing home several years ago. ‘It went badly,’ he said. ‘It was a very difficult experience for the other residents who had contact with this person and talked to her every day.’

So, let’s sum up: Switzerland permits suicide tourism, a lot of money to be made off of suicide by at least one clinic, a constitutional right declared by the supreme court for the mentally ill to have assisted suicide, and voters legalizing assisted suicide in nursing homes, which could easily add to the despair sometimes seen in such places. And even that will not be enough.

You Two and other cloning stories