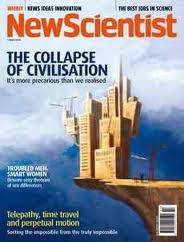 I love the UK. I really do. But it is going to hell, literally or figuratively–take your pick. Latest example: Schools are showing Australian assisted suicide fanatic, Philip Nitschke’s, euthanasia film to children as young as 14. From the story:

Pupils are being taught about euthanasia with a video featuring a notorious assisted suicide campaigner nicknamed Dr Death. Dr Philip Nitschke is shown demonstrating his machine that delivers lethal injections in the film, which is already being shown to pupils as young as 14 across the country. There is also footage of him giving workshops on assisted suicide methods, which church leaders have criticised as an ‘invitation to commit suicide’. The decision to include Dr Nitschke in the video was condemned by campaigners both for and against assisted dying, and a psychologist warned that it could encourage vulnerable teenagers to end their lives. The video is being shown as the BBC stands accused of being ‘a cheerleader for assisted suicide’ after filming a man killing himself at the Dignitas clinic in Switzerland [which I commented about here].

Nitchske once said in an NRO interview that he supported allowing “troubled teens” to have access to suicide pills. I pilloried him all over Australia for that in 2001, helping to start a process that essentially got his suicide promotion kicked out of Australia. Now, UK schools allow him to plant noxious seeds. Unbelievable.

Many “Locked In” People Happy

Advertisin’ on the Railroad, All the Live Long Day