How Should Reproductive Genetic Technologies be Debated in the Public Square? 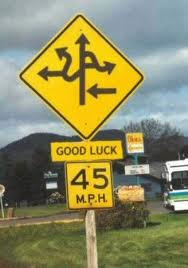 I have a review in the current First Things journal of Contested Reproduction, by John H Evans. The book is aimed at Christians and seeks to help them find “common discourses” with which they can debate RGTs in the public square.

I am all for employing arguments accessible to all regardless of religious beliefs or lack thereof. Indeed, I think public policy should be so debated. But that isn’t the same thing as refraining from making strong arguments just because they might be “conversation stoppers” for people with different value systems — an issue the other side of these issues seem never to worry much about, which perhaps, shows us the current score of the game.

Evans’ purpose is to help Christians find such common discourses, and I give him a strong E for effort. He does a yeoman’s job of identifying what those might be. But I have a profound disagreement with some of his concerns and conclusions.

First, he worries that without a common discourse, violence will result. From my review:

Evans fears, issue polarization could ultimately lead to a “nightmare scenario” in which “pro-life and pro-choice would have no shared language with which to discuss any issue.” He warns that, “lacking anything that they had in common, they would come to see the other as totally foreign and as a potential threat to their worldview.” That, in turn, would lead to the kind of demonization of opponents “required before people can be convinced to kill them.”

That seems far too pessimistic. If the last sixty years teach us anything, it is that Americans wholeheartedly embrace the rule of law. That is why even the most bitterly disappointed losers in the most polarized public-policy debates only very rarely lash out with deadly violence. Shunning, yes. Severing friendships, sometimes. Serial litigation, to be sure. But murder and mayhem? Almost never. And when the unthinkable does happen, as in the slaying of late-term abortionist George Tiller, philosophical co-believers unequivocally condemn the criminal.

Our real differences have to do with whether those opposed to RGTs should trim their sails to not offend public sensitivities:

Evans concludes his call to find common ground with what he considers an obvious point: “We can all agree that an effective debate about RGTs would be healthy for the human future.” No, we can’t — not if it requires diluting the discourse to the point that it amounts to forfeiting the game.

What do I mean?

This is very dangerous territory. RGTs are, by definition, eugenic in their intent and effects. Evans acknowledges the peril but hopes that the new eugenics will differ from the original evil because it will be a matter of choice, not coercion. Such laissez-faire eugenics could actually be more destructive, given the primordial power available and the reality that peer pressure is often a far more powerful persuader than law. That point aside, once RGTs became popularly supported, state coercion would naturally follow. Indeed, that is precisely what happened the first time around. Which is precisely why a principled Christian unilateralism (if you will) opposing RGTs — both in word and personal life decisions — may be the only way to brake our current slouching toward Brave New World.

Evans believes that Christians need to bow to cultural realities. But I point out that is no way to impact culture:

It would not be the first time that orthodox Christians estranged themselves from the greater society. Sometimes that is the call. For example, Christians sacrificially refusing to “fit in” became the target of pagan Rome’s persecution. But in the long run, such principled living — combined with peaceful civil disobedience — remade the empire. That epochal transformation would not — could not — have transpired had the early Church Fathers counseled believers to search for a common discourse around which to debate emperor worship or the propriety of attending the gladiator games.

. . . Debate is not a goal: It is a means. This is not to say that finding ways effective to communicate across cultural differences is not worthwhile. However, what is communicated matters more. For in the end, whether we leap enthusiastically off the RGT eugenics cliff — or, by finding a feeble common discourse, cling for a brief time to the unreliable handhold of shallow-rooted grass before falling — we still hit bottom.

We are at the point today that the opposing cultural sides in the RGT controversies believe in fundamentally different value systems. In such a milieu, debating discreet issues may not be possible. Rather, the contest must be over first principles. Prevail there, and the rest will follow naturally — perhaps most importantly in the way people live their private lives, which in many ways matters more than society’s public policy.