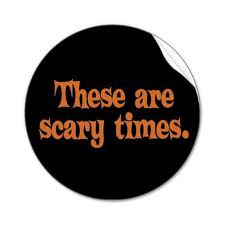 Shades of the Kevorkian anarchy. In the UK, a husband put a plastic bags over the head of his wife, then piped in gas to make her die, and because she consented, law enforcement does nothing. From the story:

Michael Bateman put a bag over his wife Margaret’s head and inserted a gas which slowly killed her at the couple’s home in Batley, West Yorks, in October 2009. An investigation by West Yorkshire Police followed but the Crown Prosecution Service decided not to prosecute as it was not in the public interest. Yesterday, the inquest into Mrs Bateman’s death was told that Mr Bateman, an IT consultant, assisted her suicide with the knowledge of Richard, one of their two sons, who left his parents alone before his mother died. Recording a verdict of suicide, Prof Paul Marks, the deputy coroner for Huddersfield, said: “Mrs Bateman suffered a long history of pain for over four decades due to a poorly understood condition. Treatment of her pain proved to be most difficult. “Mrs Bateman expressed her wish to take her own life on a number of occasions. She was aided and abetted to commit suicide by a third party.

If these facts are true, that wasn’t suicide, since Mrs. Bateman didn’t do anything to take her own life. Her husband did it all. That makes it more like murder since her death was caused by the act of her husband. And I was taught in law school that consent to be murdered is no defense. I guess not anymore.

And this is unbelievable: Apparently her pain was caused by an undiagnosed broken pelvis — and she was upset about needing care with hygene:

She was admitted to Dewsbury and District Hospital in October 2007, complaining of excruciating pain to her feet and legs but, in a statement read to the court, Mr Bateman claimed that “none of the medical staff believed the pain that she was experiencing”, instead attributing it to a fibromyalgia flare up. Mr Bateman said that, after she was discharged, she “continued to suffer excruciating pain. The pain had gotten worse all over her body. She was bed-ridden.”

She needed help transferring to and from the bed from her husband and son and “felt dirty all the time” because she was unable to shower. A post-mortem examination following her death showed that she had suffered a fracture to her pelvis. The family have raised concerns that this could have occurred after her fall in June 2007 and should have been picked up by medical staff. Dr Lesley Horden, a consultant rheumatologist at Dewsbury Hospital, told the inquest that treatment would only have been carried out if she had shown symptoms of a fracture to her pelvis. Dr Horden also said the treatment for it would have been mobilisation — which she received in any case.

I’m speechless. This should be a scandal of the highest order.

Back to the euthanasia issue, because that’s what this was, please ponder these questions: Is a medical bag and a deadly gas durable medical equipment and a palliative agent? No! Thus, was this in any way a medical act? No, demonstrating that assisted suicide/euthanasia isn’t medicine!

Was Mrs. Batement dying? No, demonstrating that assisted suicide/euthanasia isn’t about terminal illness.

Are there ways for disabled family members to be coerced into assisted suicide, regardless of the facts in this case? Yes! As in the Myrna Lebov/George Delury assisted suicide, in which Delury but his disabled wife out of his misery.

These cowardly decisions by UK prosecutors not to enforce the law abandon people who are similarly situated and watching from the shadows, who receive the clarion message of how little their lives are valued by society and the law. Very scary times (on many levels) in the UK.