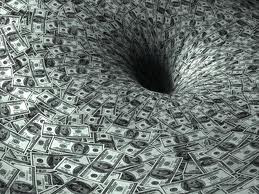 The Sacramento Bee is like all major California newspaper editorial boards — liberal and in the tank for Big Biotech. (I still don’t understand this love for BB, and the concomitant loathing of Big Pharma amongst the liberal chattering class. Both have the same agendas.)

But now, it has noticed the hubris and sense of entitlement within the California Institute for Regenerative Medicine, and has begun to gnaw around the edges. From its editorial, “Stem Cell Board Must Fix Flawed Management”:

The six-year term of Bob Klein, the first chairman of Proposition 71’s California Institute for Regenerative Medicine, ended last December. He’s still there, however, as the Independent Citizens Oversight Committee struggles to find a replacement. No wonder. Klein himself wrote the stem cell research initiative that voters approved in 2004. Surprise, surprise, he tailored the initiative so only someone with his background in stem cell research advocacy and experience in bond financing could become board chair. Further, Klein set up a dueling, unworkable co-CEO structure between the board chair and the agency president, who should be in charge of the day-to-day activities of the institute in funding scientific research – with the board and chair in an oversight role.

Instead, the board chair is involved in day-to-day operations and management. How can the board chair in such a role possibly do independent evaluation of the agency’s activities? Now comes a letter from Klein and two other board members suggesting that a new board chair should get a $400,000 salary (Klein gets $150,000). The three say anything over $150,000 would come from private donations, not taxpayer funds.

Nonsense. It’s all public money. That board does not need a part-time chair with that kind of salary. The board should nix it at the next meeting. Having a single agency with two CEO-level salaries is craziness at any time, but especially during a deep economic downturn. The Legislature should realign the roles of board chair and agency president before this goes too far. Make it crystal clear that the full-time president manages all day-to-day operations – and that the board chair is a part-time oversight role.

It isn’t the management structure that is so wrong about the CIRM. It is the whole cronyism/conflicts of interest/arrogant thing. California can’t afford the CIRM’s borrow and spend mandate when our infrastructure is collapsing and our state sinking to the bottom of a red ink Marianas Trench.

A voice of reason crying from the wilderness