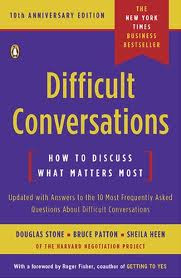 The American Society of Clinical Oncology is urging its members to be more candid with their dying patients and to discuss end of life issues sooner. From the story:

Patients don’t want to hear that they’re dying and doctors don’t want to tell them. But new guidance for the nation’s cancer specialists says they should be upfront and do it far sooner. The American Society of Clinical Oncology says too often, patients aren’t told about options like comfort care or even that their chemo has become futile until the bitter end. To help families broach the topic, too, the group developed an easy-to-read booklet about those choices, from standard care to symptom relief, and advice about what to ask to maximize remaining time. “This is not a 15-minute conversation, and it should not happen in the back of the ambulance on the way to the ICU at 3 in the morning,” says ASCO chief executive Dr. Allen Lichter. “When everyone is well and has their wits about them, it’s time to start the process.”

Some are treating this recommendation as a “death panel” issue or a matter of pushing people to give up hope for monetary reasons. I disagree strongly. My volunteer work in hospice, personal experiences with friends, family, and physicians, and work in “bioethics” for lo these many years — all convince me that the problem described by the Society is real, and the remedy it has proposed right.

Too often, people are denied the benefits of hospice care because doctors don’t bring it up. Too often, people take last ditch chemo that has very little chance of extending their lives, and which comes at a great cost to their ability to enjoy the time they have left. Too often, people miss the opportunities for closure, family forgiveness, spiritual preparedness, heck, dream vacations, and other important positives too numerous to list because they are denied the opportunity to come to grip with the pending nature of their own mortality. It’s very hard. But so much good, indeed transcendence, can come from the ending time of life.

Obviously, we don’t want people forced into hospice or pushed out of life extending or curative care. (And yes, I know that some hospices have had their problems.) I just don’t think that is what is happening here, and I worry that some — either out of ignorance or opportunism — are twisting the Society’s recommendation to make an unwarranted political point.