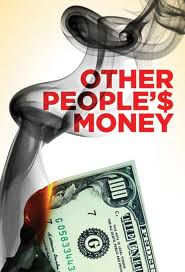 Front page story in the S. F. Chronicle on the great research building opening at UCSF for all kinds of stem cell research. Much was privately funded, which is great. But tens of millions for the fancy-dancy buildings was paid for by the California Institute for Regenerative Medicine.

The building is truly high end. From the story:

The new Ray and Dagmar Dolby Regeneration Medicine Building, which celebrates its official opening today, is a major point in UCSF’s favor, Kriegstein said. The $123 million facility is headquarters to UCSF’s stem cell center, called the Eli and Edythe Broad Center of Regeneration Medicine and Stem Cell Research, a complex of labs spread among several buildings at the university’s Parnassus and Mission Bay campuses . . . On the top floor of the building, Dr. David Rowitch is still settling into his new office, which looks out on a lush green rooftop garden.

So glad Dr. Rowitch is enjoying his very fancy digs and his rooftop garden. But about 20% of the cost was paid for with borrowed money on the credit card of Californians, the same ones who are watching the rest of their state fall apart like an unreinforced brick chimney in an 8.0 earthquake.

California has gone from the broke to the state version of homeless. Our parks are closing. Our education budget is being slashed. Our infrastructure goes unrepaired. Cops are being laid off. Our university students’ tuition is shooting through the roof. Kids are being thrown off Medicaid, and MediCal kidney dialysis patients may loose coverage for their life saving treatment. But the CIRM keeps borrowing from the impecunious to pay for its fat salaries and luxurious buildings and then celebrates the luxury.

Pardon me if I don’t clap.

Many “Locked In” People Happy