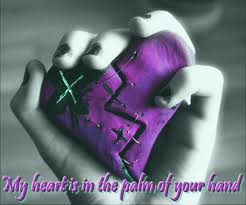 Early human trials with adult stem cells extracted from bone marrow have not worked as well as hoped. From the story:

So it was with high hopes that researchers transfused stem cells into patients suffering from heart failure — people whose hearts, weakened by heart attacks or other conditions, no longer pumped enough blood through their bodies. But in clinical trials, the effects have been modest. Stem cells appeared to help, but not as much as doctors had hoped — and not in the ways they had expected…

From 2002 to 2006 alone, there were at least 18 randomized controlled studies involving nearly 1,000 patients. “Everyone started putting bone marrow in the heart,” says Christine Mummery, a researcher at Leiden University Medical Center in the Netherlands, who has studied how to turn stem cells into heart muscle cells called cardiomyocytes. But the results, she says, were a mixed bag. The treatment appeared to be safe, but patients had only transient improvement. “People went from being very sick to a little less sick,” Mummery says. There is a silver lining: Even stem cells that don’t grow into new heart cells seem to help patients in other ways. As the bone marrow transplant trials continue, researchers are trying to sort it all out.

Hoping for a more direct approach that could generate new tissue, Marbán started studying stem cells that come from the heart instead of from bone marrow. These so-called cardiac progenitor cells naturally repair heart muscle — but they do so far too slowly “to cope with a catastrophic injury” like a heart attack, Marbán says. The cells are also rare, accounting for about 1 in every 40,000 working heart cells, he estimates. But in larger concentrations, they might be able to speed up the healing process.

To find out, Marbán is leading a trial involving patients who have suffered heart attacks within the past month. First a cardiologist threads a catheter through a patient’s neck and into his heart to collect “little snippets of tissue,” Marbán says. Those are then cultured in the lab for about a month, until the initial population of cardiac progenitor cells grows to tens of millions. Finally, they’re infused back into the patient’s heart through another catheter. The hope is that the cardiac stem cells will take root and reverse the scar. Results should be out later this year. “Let’s just say we’re extremely encouraged,” Marbán says. “It looks like it’s working, and cleanly.”

Still too soon to tell, obviously, but never underestimate the creativity and imagination of scientists!

I couldn’t help notice that the Times’ report depicts the potential of embryonic stem cells in this field. Nothing new there. But it is far more clear about their difficulties and adverse side effects than I recall MSM outlets usually being when the clear agenda was to overturn the Bush stem cell funding policy. Perhaps, they finally learned the science? Yea, that’s the ticket!

Pro Suicide Advocacy in The Globe and Mail

Time to Prevent Elderly From Living Too Long?