Pushing Suicide to End the Pain of Grief 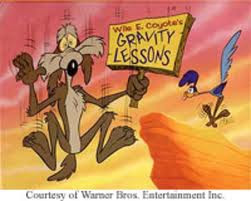 We’ve discussed this before — promoting suicide as a prophylactic against the pain of expected future grief. For example, the Canadian assisted suicide advocate Ruth Von Fuchs specifically supported a woman who wanted to commit suicide with her terminally ill husband at the Swiss suicide clinic Dignitas. Australian Philip Nitschke has argued that anyone who wants it should have access to suicide pills, even “troubled teens.” Jack Kevorkian argued that eventually suicide clinics should assist virtually anyone who wants to die into a peaceful death. And now Dignitas’ owner, Ludwig Minelli — who has already permitted his suicide clinic to be used for double suicides — has publicly supported the idea. From the story:

Swiss suicide clinic Dignitas has called for the healthy partners of chronically ill euthanasia patients to be allowed to kill themselves too. Clinic head Ludwig Minelli has called for suicide drug cocktails to be made legally available to the heartbroken relatives who have just helped their loved ones end their own lives. ‘Relatives should also be allowed to have a prescription for suicide drugs even when they are not terminally ill,’ Minelli told Swiss newspaper Blick Sonntag.

I don’t think these advocates are fringe. I think they are candid. At the very least, their views are the logical outcome of proclaiming a right to assisted suicide as the “ultimate civil liberty.” I mean, if we have a fundamental right to be made dead, if it is tyrannous to prevent people from “choosing the time, manner, and method” of their own death, who can gainsay the reasons why someone might want to be made dead.

This is the debate we should be having. The stuff about restrictions to terminal illness and guidelines to protect against abuse (which are never enforced) are mere sops to convinced people to accept the principle that suicide is a liberty. Should that happen, gravity will take care of the rest. Culture of death, Wesley? What culture of death?

P.S. The Swiss law does not limit assisted suicide to the terminally or chronically ill, as the story asserts. It merely outlaws “bad motives” in the assistance of suicide. It doesn’t limit who receives assistance, or indeed, who does the assisting. The Swiss Supreme Court has also created a constitutional right to assisted suicide for the “mentally ill.”

One Baby At a Time