Why Is it Wrong For Medical Students to Conduct Body Cavity Exams on the Unconscious? 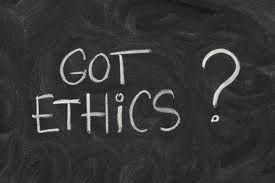 Very serious charges are being made that some Australian and UK medical students conduct intimate body exams on unconscious patients without consent. From the story:

AUSTRALIAN medical students are carrying out intrusive procedures on unconscious and anaesthetised patients without gaining the patient’s consent. The unauthorised examinations include genital, rectal and breast exams, and raise serious questions about the ethics of up-and-coming doctors, Madison reports. The research, soon to be published in international medical journal, Medical Education, describes – among others – a student with “no qualms” about performing an anal examination on a female patient because she didn’t think the woman’s consent was relevant. Another case outlined in the research describes a man who was subjected to rectal examinations from a “queue” of medical students after he was anaesthetised for surgery.

This is a violation of human dignity and the right to bodily integrity, that is to say, a human rights violation and a criminal assault. It is, of course, a medical ethics holy grail that a patient’s consent must be obtained before conducting any medical procedure–even one that doesn’t harm. And it reflects a certain dehumanizing of the perpetrators. It would be interesting to learn why the students thought such actions were acceptable.

But what if the patients were permanently unconscious instead of anesthetized? Many in bioethics claim that such people are not “persons,” or do not have the capacities to be considered fully equal with others. Some say their value is less than that of animals with higher capacities. They are advocated as splendid natural resources, say for use in medical experimentation or as sources of organs. Heck, we intentionally dehydrate them to death based on quality of life judgmentalism.

So, what would the objection be to using these patients as props teaching medical students how to do body cavity exams? If they don’t have intrinsic dignity, if they are not injured, if they can’t know that they are being examined, what is the problem? After all, once you deny human exceptionalism, those deemed less than us become open for instrumental use.