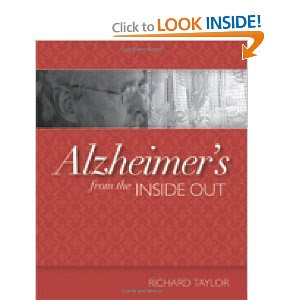 During my years volunteering for hospice, I had a patient named Bob. Bob was dying of ALS, and told me he had been suicidal for more than two years, to the point, he told me, that if he could have gone to Kevorkian, he would have taken the flight. (He later changed his mind and was very glad he hadn’t committed suicide, a lesson that assisted suicide advocates refuse to acknowledge.) I asked him why he had wanted to kill himself. It wasn’t because he was becoming progressively disabled, but rather, he told me. “First my friends stopped visiting me. Then my friends stopped calling me. Then, my friends stopped calling my wife, and I felt like a token presence in the world.”

I only saw Bob truly distraught once. I was called by his wife to please come over right away. When I got there, Bob was beside himself. Why? Again, it wasn’t his by now total quadriplegia, but because somebody came over to talk about a concern with his children and acted as if he were a potted plant, not talking to him directly, and when he was involved at all in the conversation, the question was directed to his wife. That made Bob feel objectified and isolated, leading to profound despair.

I bring this up because of an important interview in Der Spiegel with an Alzheimer’s patient named Richard Taylor, author of Alzeimer’s From the Inside Out. Taylor is a university professor who has struggled for 9 years with early onset Alzheimer’s. It is almost eerie how closely his experience parallels Bob’s. From the interview:

Part 5: ‘Other People Just Think Alzheimer’s Sufferers Have Nothing to Say’

SPIEGEL: But that fact doesn’t really make any difference to the people around you, does it?

Taylor: I’m still committed, witty, and charming, even though I can’t spit out all the facts like I used to. But as soon as people know you have Alzheimer’s, they think you don’t have anything to say anymore.

Taylor: My daughter-in-law and I once accompanied my wife to the hospital for a back operation. The doctors knew us and were aware that I had Alzheimer’s. Once Linda’s anaesthetic had kicked in, they automatically began directing all their questions to my daughter-in-law. It was effectively as if I wasn’t there. At one point my daughter-in-law had to go out briefly and a new doctor who didn’t know me came in. He asked me all sort of things, and we had a normal conversation. There were no surreptitious looks to someone else to check whether I was speaking the truth. When I realized that, I felt tremendous. It felt so good to be treated like a regular human being.

SPIEGEL: Do you often notice this contrast?

Taylor: Constantly. I once went to the hairdresser and my brother was with me. We chatted, and the hairdresser said that her father had recently been diagnosed with Alzheimer’s. I said, “I have Alzheimer’s too.” Whereupon she turned to my brother and asked him: “How does he want his hair cut?”

SPIEGEL: How did your colleagues at the university react when they found out about your diagnosis?

Taylor: They felt helpless. They stopped calling. They don’t want to put me in an embarrassing situation — so they say. Perhaps they’re scared I might pull down my pants and pee on the floor at a reception.

SPIEGEL: And your friends?

Taylor: They stopped calling too. I phoned them and asked how come we hadn’t had lunch in months. They said they didn’t know what to say to me anymore. I said, “just say ‘hello.” To which they replied, “but what would we talk about?” And I said, “why don’t we talk about George W. Bush, world peace, global warming, or your relationship with your wife or whatever we used to talk about?”

SPIEGEL: What did they say to that?

Taylor: “I didn’t know you were still interested in things like that.” They already see me as fading away. They expect me to evaporate in front of their eyes. But I’m still all an ocean.

[The writer of the article then states] Taylor asks me if he is answering the questions well. He is struggling to retain his composure as he describes how everyone has broken off contact.

All of us need to heed Bob and Taylor’s concerns and increase our capacities to love our neighbor. No matter how ill we may be, we are subjects and not objects, we are persons and not potted plants. When we treat others to the contrary, it leads to despair. Nobody deserves such marginalization.