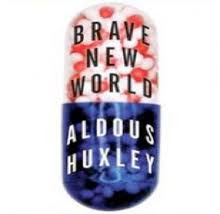 There was a good opinion column in the NYT by professor of psychiatry emeritus, Allan Francis, who calls to task those who want to treat grief as a mental illness and treat it with medication. From “Good Grief:”

A startling suggestion is buried in the fine print describing proposed changes for the fifth edition of the Diagnostic and Statistical Manual of Mental Disorders — perhaps better known as the D.S.M. 5, the book that will set the new boundary between mental disorder and normality. If this suggestion is adopted, many people who experience completely normal grief could be mislabeled as having a psychiatric problem. Suppose your spouse or child died two weeks ago and now you feel sad, take less interest and pleasure in things, have little appetite or energy, can’t sleep well and don’t feel like going to work. In the proposal for the D.S.M. 5, your condition would be diagnosed as a major depressive disorder.

Excuse me, but this is nuts. Grief not only allows us to work through the trauma of loss, but it honors those we have loved, as Francis notes. I mean, how awful would it have been, if when my father died, I had merely shrugged and said, “Oh well, it was nice knowing him,”? But I think Francis missed an important point when he discussed why this is happening:

It is not that psychiatrists are in bed with the drug companies, as is often alleged. The proposed change actually grows out of the best of intentions. Researchers point out that, during bereavement, some people develop an enduring case of major depression, and clinicians hope that by identifying such cases early they could reduce the burdens of illness with treatment.

That may be true, but it is the shallow end of the pool, I think. What seems to be really going on is our growing raw fear of suffering–even of suffering that allows us to move past the loss. This suffering phobia is becoming a societal neurosis, for example, some of us wanting so badly to avoid suffering that we agree a good answer to it is the elimination of the sufferer. Indeed, as I pointed out here, some have even supported prophylactic suicide as a legitimate answer to the fear of grief.

Huxley predicted it in Brave New World: As soon as one of the dehumanized minions experienced a wrinkled brow, they’d pop the pill. Normal grief is good for us. Such suffering can and should be mitigated by loving family and friends by paying special attention to the griever. But eliminate it? No. That would make us less than human. Good for Francis for seeking to block the way.