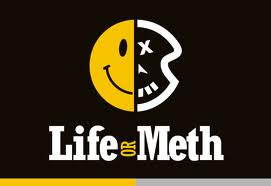 I warned that the Swiss plan to restrict suicide tourism might falter–even though suicide clinics like Dignitas have profoundly embarrassed the country. You see, once a society accepts killing as an acceptable answer to human suffering, the idea of placing meaningful limits on being made dead–as least any that are rigorously enforced–becomes very difficult logically. Sure enough, the Swiss Justice Minister is now pushing against the proposed new restrictions. From the story:

Justice Minister Eveline Widmer-Schlumpf says she wants the government to rethink its proposal to tighten legislation on assisted suicide. Widmer-Schlumpf, in a SonntagsZeitung newspaper interview, said assisted suicide should not only be limited to the terminally ill who are close to death. In October last year, the justice minister presented two draft bills, one of which foresees an outright ban on right-to-die organisations such as Exit or Dignitas. The other bill would introduce severe restrictions, including the need for two doctor’s certificates to prove that a patient is suffering from an incurable and probably fatal illness and that patients are making an informed decision to end their lives.

The aim of the regulations is to limit so called “death tourism”. However, the proposals have been widely criticised, and not only by the right-to-die organisations. All parties represented in government, with the exception of the centre-right Christian Democrats, have said the existing laws allowing assisted suicide and passive euthanasia (“mercy killing”) are sufficient.

The culture of death is like meth–it’s very hard to kick even though it destroys and debilitates. And now the Swiss are finding it hard to kick the habit.

Remember, this is the country with the Supreme Court that created a constitutional right to assisted suicide for the mentally ill, as its constitution was amended to include the intrinsic dignity of individual plants, after which a big brained bioethics commission declared it immoral to “decapitate” a wild flower. Rejecting human exceptionalism leads to insidious–and frankly, nutty–consequences. Culture of death, Wesley? What culture of death?