We are women and men of diverse ethnic, racial, religious, cultural, sexual orientation and socio-economic backgrounds from all regions of the world. We come together to voice our shared concern for women and children who are exploited through surrogacy contract pregnancy and ask you to veto HB 1102.

Together we affirm the deep longing that many have to be parents. Yet, as with most desires, there must be limits. Human rights provide an important marker for identifying what those limits should be. We believe that surrogacy should be stopped because it is an abuse of women’s and children’s human rights.

Surrogacy often depends on the exploitation of poorer, minority women. In many cases, it is the poor who have to sell and the rich who can afford to buy. These unequal transactions result in consent that is under informed if not uninformed, low payment, coercion, poor health care, and severe risks to the short- and long-term health of women who carry surrogate pregnancies.

The medical process for surrogacy entails risks for the surrogate mother and the children born via the assisted reproductive technologies employed. Children born of assisted reproductive technologies, which are usually employed in surrogacy, also face known health risks that include: preterm birth, stillbirth, low birth weight, fetal anomalies, and higher blood pressure. A surrogate pregnancy intentionally severs the natural maternal bonding that takes places in pregnancy—a bond that medical professionals consistently encourage and promote. We believe that the practice of commercial surrogacy is indistinguishable from the buying and selling of children. Even when non- commercial (that is, unpaid or “altruistic”), any practice that subjects women and children to such risks must be banned.

We stand together asking national governments of the world and leaders of the international community to work together to end this practice and Stop Surrogacy Now.

Kajsa Ekis Ekman
author of Being and Being Bought – Prostitution, Surrogacy and the Split Self
Sweden

Christopher White
Director of Research and Education, The Center for Bioethics and Culture
USA

Annika Lundegårdh, R.N.
Nurse and President of the Women’s Committee of the Centre Party in Uppsala
Sweden

Nora Tenenbaum
Representative, Coordination of Associations for the Right to Abortion and Contraception
France

Roelie Post
Author of Romania for Export Only: the Untold Story of the Romanian Orphans
The Netherlands

Martine Billard
Deputy of Paris 2002-2012, secretary of the delegation for women’s rights of the National Assembly 2007-2012, author of a proposition of law against violence against women in 2007 with Marie-George Buffet
France

Coordination of Associations for the Right to Abortion and Contraception,
France

Against Child Trafficking (ACT),
The Netherlands

The Center for Bioethics and Culture,
USA 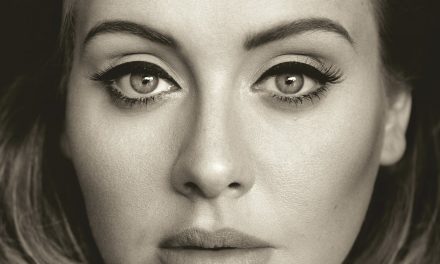 An Open Letter to Adele on Surrogacy