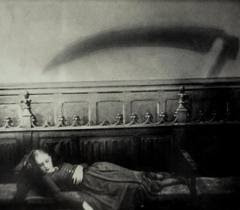 Wanna make it big in show business? Here’s a sure fire way to put a movie award statue on your shelf: Just produce, write, direct, or star in a movie that boosts euthanasia. It works like a charm, almost every time.

Latest case in point is Amour, in which a man mercy kills his wife. From the AFP story:

The top prize, the prestigious Palme d’Or, went to “Amour”, the wrenching tale of an elderly man caring for his dying wife, by Austrian director Michael Haneke. Haneke’s duo of octogenarian French actors, Jean-Louis Trintignant and Emmanuelle Riva, bowled Cannes over in the tale of two retired music teachers whose adoring relationship is tested when she suffers a stroke and dementia.

Here are a few other examples in which movie makers and actors were nominated or won awards in pro euthanasia movies:

– How to Die in Oregon: Rose glasses documentary of Oregon’s law.

– The Sea Inside: Paralyized man fights for right to be euthanized:

– Johnny Got His Gun: Anti war movie in which grievously wounded soldier is euthanized by his nurse.

– One True Thing: A beloved mother with cancer commits suicide.

Then add in the pro euthanasia movies and television programs that have pushed the meme: Law and Order, Star Trek, and on and on and on. Good grief, even The Three Stooges! Popular culture is one of the most powerful promoters of the culture of death.