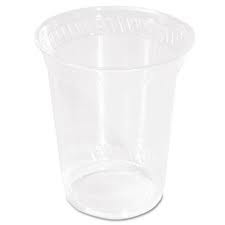 My wife ran a column today referencing a local (San Francisco area) story in which a volunteer sperm donor has biologically contributed to the conception of (soon) 18 children in the area via low tech artificial insemination. The result? The FDA wants to regulate private sperm donation transactions between woman and seed producer. From “Father of Many, Daddy of None,” by Debra J. Saunders:

Trent Arsenault is the Barry Bonds of sperm. The 36-year-old Fremont man boasts that he has sired 14 babies — with four more in the oven — via a free sperm-donation service that he promotes on the Internet. Women contact him when they are ovulating. “It only takes me 15 minutes to do my part,” he explained to Chronicle reporter Erin Allday. “They’ll send me a text message, and by the time they get to my house, it’s hot off the press” — in a sterile cup.

More seriously, why would a woman expose herself to the dangers of receiving body fluids into her body that came from someone she doesn’t know and learned about on the Internet? There can be serious health consequences, and so here come the Feds!

Last year, the U.S. Food and Drug Administration told Arsenault he must cease “manufacturing” sperm, as his establishment was not in compliance with regulations that require tests for communicable diseases every time a man donates sperm. If the FDA successfully pursues the case, then Arsenault could face a $100,000 fine or a year in prison.

Well that’s a ridiculous overreach. As Debra notes, you wouldn’t imprison or fine him for impregnating the women via a five minute stand, so how can the government do so from a solo act?

Here’s the more important thing: Society seems to have decided, almost by default, that having a baby (or destroying him or her during gestation) is the most fundamental of rights. That has given people license to do anything they want

— whether through IVF clinics or, as here, privately — to not only have children, but to have the children they want. And don’t think reproductive cloning won’t be part of that mix if it can ever be done. As Pogo said, “We have met the enemy and he is us.” When will our culture again promote self restraint? Don’t get me wrong: I don’t believe the FDA should regulate what a man puts in a plastic cup. And while I think there should be state and federal regulation over IVF, there isn’t a legal remedy for every wrong. But people have to understand when they think their desire for children overrides all other considerations, it results in reproductive anarchy. And we should’t be surprised when that begets anarchic results.

Now to find a story that takes us in another direction!