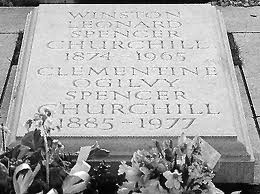 Republicans believe that in close elections, recounters will keep counting, and counting, and counting — until the Democrat leads — after which, the counting stops. I don’t want to get into that (comments about Bush v Gore will not be posted), but that alleged formula is certainly true of assisted suicide commissions. If a commission recommends against legalization — as has happened repeatedly in the UK (and elsewhere) — well the obvious answer is to . . . appoint another commission. Repeat as needed until one comes up with the desired answer. And now a UK commission has recommended in favor of legalization, so we can expect the appointment of assisted suicide investigative commissions to stop.

What’s that? What did the commission recommend? Does that really matter? It’s the same-old, same-old. But here are a few details. From the Telegraph story:

The independent Commission on Assisted Dying . . .

Hit the pause button! Notice the name of the commission? It embodies a pro assisted suicide advocacy term. Should anyone be surprised by the result? Okay, rewind and hit play:

The independent Commission on Assisted Dying, whose members include several prominent peers and medics, wants GPs to be able to prescribe lethal doses of medication for dying people to take themselves. The report, published today, calls for the “inadequate and incoherent” law against assisted suicide to be scrapped following a series of high profile cases where patients have used the Dignitas suicide clinic to take their own lives. Although helping someone to die is punishable by up to 14 years’ imprisonment and police still investigate all cases, there have been no prosecutions since landmark guidelines were set out almost two years ago.

The Commission says the situation is “very distressing” for families, “uncertain” for health workers and place a “deeply challenging burden” on police and prosecutors. Under its plans, doctors would be allowed to prescribe drugs to end the lives of terminally ill patients who have fewer than 12 months to live provided they are judged to have the mental capacity and clear desire to die.

The answer is to prosecute all cases. Then, there would be no uncertainty.

And what’s with the “one year” to die nonsense? Doctors will tell you that such prognoses are rarely reliable. But do note that this doubles the usual “6 month” formula, once again illustrating that assisted suicide advocates always look to expand the license.

Besides, many of the Swiss assisted suicides that brought British law enforcement to hand wringing surrender weren’t by people who were dying, but who were disabled. The Daniel James case, for example, in which parents took their quadriplegic son to Switzerland to die. Then, there was the joint suicide of the conductor Sir Edward Downs and his wife. Indeed, Debbie Purdy, who brought forward the case in which the Law Lords ordered the prosecutor to publish assisted suicide non-prosecution guidelines, isn’t terminally ill. She has MS. Thus, in theory, a law based on the report wouldn’t do anything she wanted for herself.

I emphasized the words “in theory” because if assisted suicide were legalized under the “guidelines,” they wouldn’t be enforced any more than the prohibition is currently. Indeed, guidelines aren’t enforced in the Netherlands, Belgium, Oregon, or Switzerland. They are part of a pentimento, existing to present a pretty surface picture hiding the ugliness beneath.

But then, what else should we expect? The UK hasn’t been a Churchillian society for a long time — indeed, in this fervently Angophile’s eyes, the country is undergoing a tragic slow motion moral collapse. This report is of a piece.