Should Cosmetic Surgery be Outlawed? 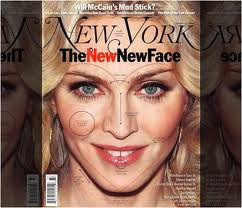 Cosmetic surgery (not reconstructive) is a waste of medical resources and deprofessonalizes medicine by diverting medical assets — doctors, nurses, medical facilities etc. — out of the healing arts and into lifestyle-enhancing procedures. It can also be unsafe. People have died having breast implants and face lifts. (Can you imagine losing one’s life or health over wrinkles or to have a more pronounced decolletage?) Indeed, France is now embroiled in a major scandal involving defective implants.

I have been a lonely voice about this particular issue. But now, in the LA Times op/ed of all places — talk about being at ground zero for “aesthetic” procedures — a Dutch professor and author named Alexander Edmonds wonders whether the time has come to outlaw cosmetic surgery. He establishes the non medical nature of purely cosmetic procedures. From the piece:

Some call for a ban:

One response to the PIP [breast implants] scandal would be a ban on doctors performing cosmetic breast augmentation altogether. It’s well known that breast implants of many types can cause burning pain, loss of sensation, hardening of breast tissue and serious infection. One woman who suffered complications from implants has filed a petition with the Scottish government urging adoption of such a ban. An argument could even be made that aesthetic surgery violates the Hippocratic oath because it carries a potential for harm without curing or preventing disease.

She’s got a point, but expanding government’s grasp isn’t the answer to reducing all risks, and moreover, as Edmonds notes, such a course would be impracticable:

But banning cosmetic surgeries would be difficult to enforce internationally. More than half a million U.S. residents went abroad last year for medical care, and elective treatments such as cosmetic surgery are the most popular treatments. Though the PIP implants were not authorized for use in the United States, they were sold to American medical tourists in countries such as Brazil. More important, aesthetic surgeries and procedures have become an established part of medical practice. They are no longer just the domain of plastic surgeons and dermatologists but are increasingly performed by GPs, OB-GYNs, endocrinologists and other medical specialists, a trend known as “practice drift.” And the sheer availability of a procedure can make it appear necessary.

That drift adds to the dangers. Do we want a board certified ob/GYN performing face surgery or an endocrinologist implanting silicone in women’s breasts or performing liposuction?

I agree that criminal law is not the answer here. But I dont think that means we are fated to float along on the current cultural currents. After all, the demand for cosmetic surgery was created by commercial interests in much the same way cigarettes used to be sold.

What to do? Individually, perhaps we should stop oohing and aahing over our friends’ cosmetic enhancements, or at least suggest, they not do it because their health is more important than their looks. Perhaps purely cosmetic procedures should be taxed at levels equivalent (based on percentage) to cigarettes taxes. Certainly, the risks should be better known. How about a labeling campaign similar to the new anti smoking campaign, requiring doctors to show the possible consequences visually, not just describe them clinically? How about a public service campaign, including testimonials and graphic depictions of possible adverse consequences? After all, the surgery is sold with before and after photographs, so why not use the same tactic to dissuade?

Edmonds takes a pretty passive pose. But we have the ability to consciously make cosmetic surgery disfavored culturally instead of extolled. We need not follow the hedonistic path that is being pushed upon us by the forces of Hollywood, advertising, and the cosmetic “medical” sector.

When In Doubt, Resuscitate