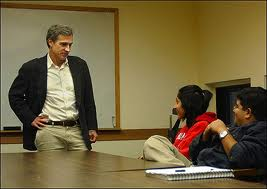 Several months ago I was contacted by the American Journal of Bioethics, inquiring whether I would be interested in writing a profile of a prominent person in the field. I said absolutely, and wrote about my good friend, the Stanford professor William Hurlbut, who served for nearly 8 years on the President’s Council of Bioethics. I don’t have a link for the article, but here is how it begins: From “William Hurlbut: A Bridge Over Troubled Stem Cell Waters” (AJOB, Volume 11, Issue 12, 2011):

Prior to being appointed by President George W. Bush to the President’s Council on Bioethics in 2001, William B. Hurlbut, MD was a popular consulting professor in bioethics and the neurosciences at Stanford University, well known within the insular academic community, but not a public figure. Within just a few short years of his appointment, he became one of the world’s most prominent participants in the embryonic stem cell and human cloning research debates, whose policy perspectives were solicited at the highest government levels—including by the President of the United States. This article will explore Hurlbut’s public role in the years 2001-2008, focusing primarily on his unique effort to both advance pluripotent stem cell research and adhere to (what he considers to be) the crucial moral principle that embraces the intrinsic dignity of all human life.

I was also interviewed by the Practical Bioethics Center for its podcast about the article. That too is up and accessible, so if you want to hear me talking about Bill, here’s the link. Enjoy.