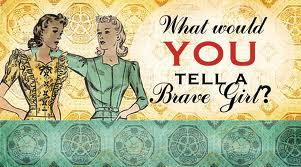 When a woman donates her eggs for one purpose — to help another woman have a child — is it right and ethical to instead use embryos made from her gametes for destructive research without her knowledge or consent? A survey of IVF clinics has discovered that this is precisely what is happening ubiquitously in the IVF industry. From the Reuters story:

Many U.S. fertility clinics don’t tell egg donors that embryos made from their eggs may end up being used in stem cell research, according to a new government survey. That’s despite widespread opposition to such research, which is considered morally offensive by a third of Americans, researchers write in the journal Fertility and Sterility.

They found that among 100 fertility clinics, two said they didn’t have a consent form for women donating eggs. Of the 66 clinics that sent in a consent form and said they used excess embryos for research, just 20 told women about that. And only three of 38 clinics that used some embryos for stem cell research in particular disclosed that to donors. “The survey shows that only a minority of IVF (in vitro fertilization) clinics mention to egg donors who are donating for the sake of treatment (as opposed to research) that resultant embryos might ultimately be used in research,” said study co-author Gerald Owen Schaefer of the National Institutes of Health in Bethesda, Maryland. “An even smaller minority mention stem cell research explicitly.”

This is a profound violation of trust. Women risk their health and future fertility — and in very rare cases, lose their lives — to allow others to bear children. They have a right to know if some of the embryos made from their eggs, which after all, are their biological progeny, could instead be destroyed for an instrumental purpose, an issue that could be material issue in the decision of some to become donors. As the Center for Bioethics and Culture’s movie Eggsploitation makes clear, too often egg donors (or sellers) are seen by IVF clinics as mere means to an end. This is yet another example.

The Human Face of the U.S. Eugenics Movement