Should Doctors Tell the Non Terminal Elderly When They Will Die? 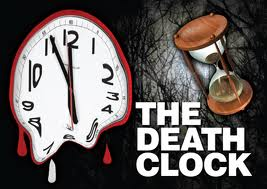 I find it odd that learned medical commentators would think that octogenarians and nonagenarians would not be aware that their time is growing short. Of course they do! Should doctors discuss what elderly patients want in terms of end of life treatment and extensive procedures should they become unable to decide matters for themselves? Of course they should, although those issues should be set out in an advanced directive — preferably a durable power of attorney for health care (or its equivalent).

But somehow, why do I think that the push to discuss likely lifespan with the elderly who aren’t terminally ill is more about saving money in health care than promoting their individual well being? From “The Unspoken Diagnosis,” published in the pro health care rationing NYT:

Dr. Alexander K. Smith is a brave man. It has taken physicians a very long time to accept the need to level with patients and their families when they have terminal illnesses and death is near — and we know that many times those kinds of honest, exploratory conversations still don’t take place. Now Dr. Smith, a palliative care specialist at the University of California, San Francisco, who also practices at the San Francisco Veterans Affairs Medical Center, and two co-authors are urging another change, one they acknowledge would “radically alter” the way health care professionals communicate with their very old patients. In a recent article in The New England Journal of Medicine, they suggested offering to discuss “overall prognosis,” doctorspeak for probable life expectancy and the likelihood of death, with patients who don’t have terminal illnesses. The researchers favor broaching the subject with anyone who has a life expectancy of less than 10 years or has reached age 85.

Hold the phone! Patients should have their individual health situations discussed, to be sure. But tell a healthy 88-year-old (say) that they are going to die within a particular time based on statistics? No, particularly since the “prognosis” could well not be based on a false premise as to that individual.

The usual hedge in this regard is presented:

But while it’s true that no one can foretell a particular individual’s death with any certainty — and health care workers should be clear about those limitations, Dr. Smith emphasized — a number of geriatric calculators do provide reasonably good projections, based on several health factors, age, cognitive status and functional abilities and sometimes laboratory test results. An index developed by Dr. Smith’s U.C.S.F. colleague Sei Lee, for example, can correctly predict mortality within four years about 75 percent of the time.

Not good enough. Besides, that’s not how these things work in real life. Once such discussions became part of the checklist of to-do items, such discussions would often become blunt instruments — as we have discussed in other contexts — rather than nuanced conversations.

This proposal strikes me as being less about providing optimal care for the individual patient and more about transforming doctors into acting for the perceived overarching benefit of society by persuading older patients not to accept expensive interventions based on issues that may be irrelevant to their particular circumstances. This is the direction in which our would-be healthcare overseers want to take us.

But such a course would not only deprofessionalizes medicine, but also create a huge potential conflict of interest between doctors and their patients. Statistics are accurate, except when they aren’t.

The Attack of the Kidney Harvesters