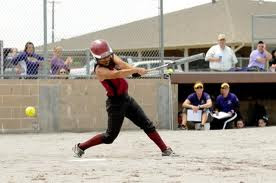 At least he read the piece, but John Farrell wrote right past the point in attempting to rebut my recent Weekly Standard column about the media’s biased coverage of Geron’s abandonment of embryonic stem cell research. From “A Conservative Protest About Stem Cells and the Media:”

Over at the Weekly Standard, Wesley Smith is affronted by the mainstream media’s apparent failure to headline the success of a recent adult stem cell trial in the U.K.While applauding Geron Corporation’s failure to make good on the promise of therapy based on embryonic stem cells, Smith complains that the media does not give proper coverage to adult stem cell successes:

The media have always been in the tank for embryonic stem cell research, often breathlessly reporting hype and spin from company PR spokesmen as if it were hard news. This approach sprang largely from the media’s antipathy for the pro-life movement, the most prominent opponent of research requiring the destruction of human embryos.

“On the very day that Geron packed its bags, for instance,” Smith adds, “the news broke of a hopeful adult stem cell treatment for heart disease. It was a big story in the United Kingdom: The headline in the Telegraph called it the “Biggest Breakthrough in Treating Heart Attacks for a Generation.”

The story in the Telegraph drew upon the research results published in The Lancet. And there’s no doubt the results of the trial are indeed cause for optimism. But, it’s also important to bear in mind, as the scientists point out, that this is only one trial and long-term follow up .studies will be necessary. This is the normal course of progress for any potential therapy.

1. How the same media that touted the commencement of Geron’s human trial with loud trumpets and drums, woefully under reported its failure, and;

2. How the same stem cell success would have been reported had it involved embryonic cells.

In that regard, I suggested the following mind experiment to illustrate the blatant bias in reporting on stem cell issues. From my “All the News That’s Fit to Forget:”

How did the New York Times report this [adult stem cell success] story? It didn’t. The L.A. Times? A blog entry. USA Today? Nada. San Francisco Chronicle? At least it was in the paper—on page A16, under the hardly descriptive headline “Regimen Shown To Aid Heart Patients.” And so it goes.

Imagine if a human trial using embryonic stem cells had shown improvement to damaged human hearts. You can just see the banner headline in the New York Times and the breathless announcements on the network news. The thought experiment makes blatantly obvious the malpractice that plagues reporting in this field—which is doubly regrettable, since not only are editors and reporters undermining the media’s already tarnished reputation for objectivity, but many suffering people and their families still have not heard the hopeful news generated by the ethical exploration of regenerative medicine.

Hilariously, Farrell doesn’t even try to deny my thesis, much less rebut it, probably because he can’t. Instead, he misdirects by merely writing that the jury is still out about which approaches to regenerative medicine are best, during which, by the way, he states cloning [intruding reprogrammed cells “into de-nucleated eggs in order to generate cell lines”) will be necessary for real success–which isn’t nearly necessarily true. Talk about junk science reporting!

But the “current state of the science” wasn’t what my column was about. It was about media bias, creating false public presumptions. None are so blind as those who will not see.